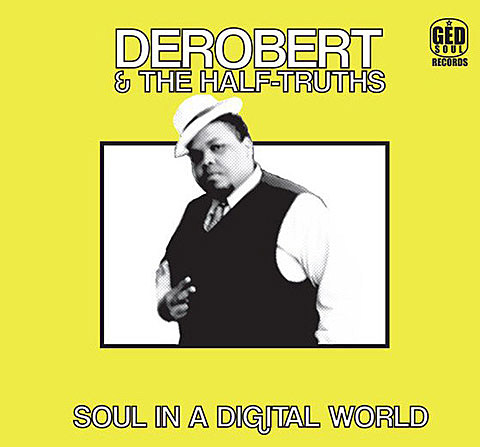 Nashville 60's throwbacks De Robert & The Half-Truths will play their first funkin' NYC show ever at the Dig Deeper event at Southpaw on April 30th with Magic in Threes. Tickets are on sale. Though the band did not exist in the soul/funk heyday, it definitely mirrors the styles of that era much like popular retro-leaning acts like Sharon Jones & The Dap Kings and Lee Fields & The Expressions. Check out a few samples of the band below.

Speaking of Lee Fields, he has some shows coming up too.

In other funky news, funk-jazz vibraphone great Roy Ayers will team with producer/DJ/MC Pete Rock for a show at Highline Ballroom on June 22nd. Tickets are on sale. The show takes place less than two weeks before Ayers celebrates his 70th birthday at the Mainstage at Central Park on July 2nd. The FREE show features a "collective of jazz virtuosos, top MCs, singers, arrangers, and composers called The Jazz Mafia" who have "re-envisioned Ayers' classic works for this special show" which is one of many free Summerstage events that were recently announced.

Jazz/funk/afrobeat trumpeter Hugh Masekela will play the Mainstage at Central Park on June 26th, teaming with Freshlyground and Somi for a FREE show. Doors open at 2PM with the show kicking off at 3.

George Clinton & The P-Funk All-Stars will hit BB King's on May 31st. Tickets are still available. Meanwhile, his former Parliament/Funkadelic bandmate Bootsy Collins will hit the same venue on June 26th as part of the month long Blue Note Jazz Festival. Tickets are still available. Collins released his new LP Tha Funk Capital Of The World on Tuesday (4/25) and will also appear at Bonnaroo 2011.

BB King's will also host dual-show evenings with Chaka Khan (June 18th, tickets), Morris Day & The Time (July 29th, tickets), and Roberta Flack (June 24th, tickets). Flack will also make a pair of private appearances in NYC in the coming months. She'll play a show as part of the Tribeca Film Festival on May 1st and the Apollo on May 19th as part of a fundraiser with Lou Reed and many others.

In semi-related news, Morris Day's former bandmate Prince is currently in the midst of a 21-night show stint at The Forum in Los Angeles with "roughly 85 percent" of the shows being only $25 with service fees. One of Prince's influences will also play NYC this summer. Larry Graham appears at BB King's on June 3rd with Funky Nights. Tickets are still available. Last time Larry played there, Prince showed up. Last time Prince played NYC, Larry opened up.

DeRobert & The Half Truths - Fallin' In Debt