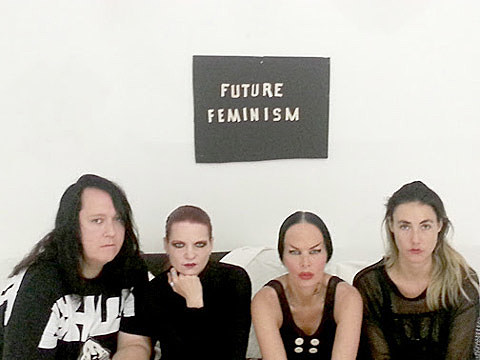 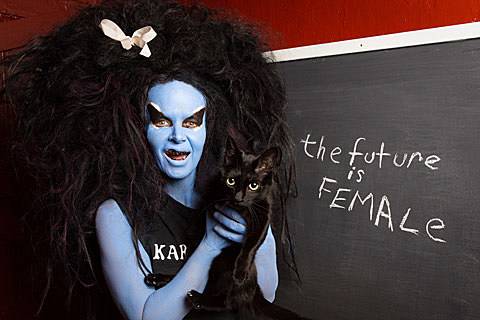 As previously discussed, Antony, Kembra Pfahler, Johanna Constantine, and Cocorosie's Bianca and Sierra Casady have joined forces to form 'Future Feminism', "a call to arms to reorganize ourselves as a species and affirm archetypally feminine values."

---
UPDATE: We previously listed the "13 TENETS OF FUTURE FEMINISM" in this spot, but at the repeated request of the artists who tell us the list was not ready to be revealed yet, we have removed it.
---

A Future Feminism exhibition and event series will be taking place at The Hole (312 Bowery) from Sept 11 - 27, and the lineup for that has now been announced, which includes Marina Abramović, Laurie Anderson, Lydia Lunch, No Bra, and more. Check out the full schedule below.

The opening night reception is on September 11 from 6 - 9 PM and Antony, Kembra Pfahler, Johanna Constantine, and Cocorosie will all be there. They'll also all be performing at the Future Feminism benefit which happens at Webster Hall on Sunday (9/7). Tickets for that are still available.

Full Future Feminism schedule is listed, along with a few more photos like the ones above, below... 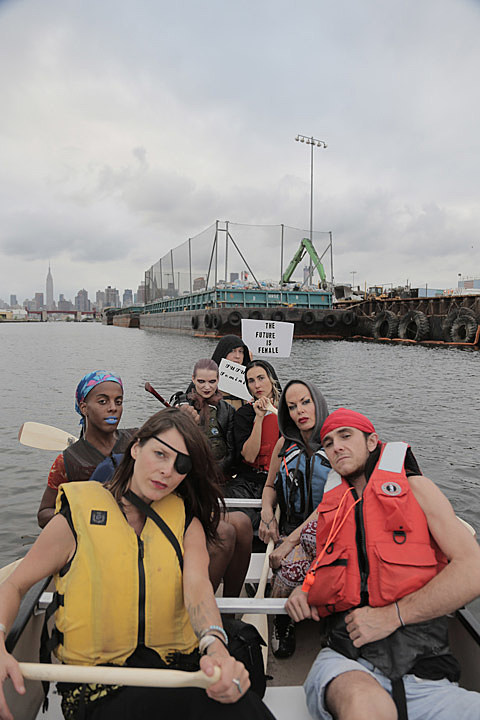 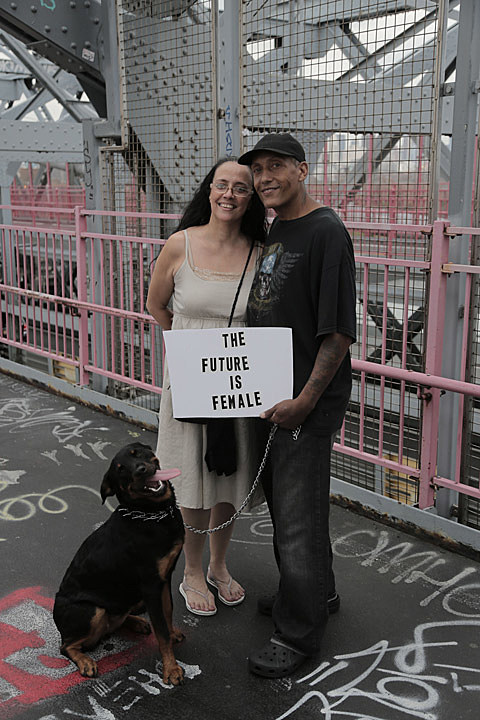 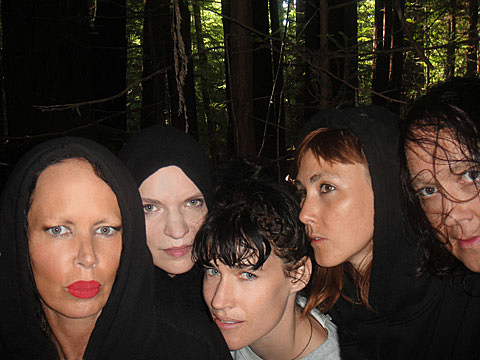