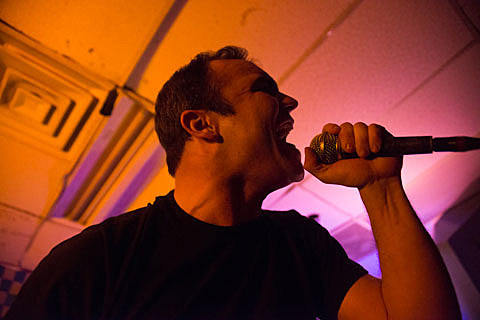 Future Islands's "Seasons" topped NME's Tracks of 2014 list and will likely be on others before best-of list season is over. The band just released a "reinterpretation" of the song by avant-jazz trio BADBADNOTGOOD, who turn it into a '70s-style soul/funk jam. That band's bassist, Chester Hansen, talks a little about what they did with "Seasons":

We all love the original version of the song, and we were honored to have the opportunity to try and remix it. We heard Sam's isolated singing and realized how soulful and emotive it was and what seemed to sound the best was re-harmonizing the chords and taking it in a soul direction. We came up with a slow groove for the verse that let the vocals breathe, and played the chorus double time to make it more powerful. After we laid down the rhythm track, we overdubbed guitar, keys and a bunch of other parts to fill it out. We're very proud of it and so excited to share it with everyone.

You can stream BADBADNOTGOOD's "Seasons" remix below and you can download it from Amazon today for free.

Future Islands were one of the many bands who said goodbye to Death by Audio last week, playing last Tuesday (11/18) with The Immaculates (with Tim Harrington on one song), DJ Dog Dick and Adam Schatz & The Farewell to Death by Audio Suite. We already posted one set of pics from that show and we've got a second set in this post.

Future Islands' next shows in NYC are somewhere much bigger (with slightly nicer bathrooms), Terminal 5 on January 8 & 9. Tickets are still available for the 1/8 show (the 1/9 show is sold out). All tour dates are listed, along with the "Seasons" reinterpretation and more pics from DbA, below...

Adam Schatz & The Farewell to Death by Audio Suite 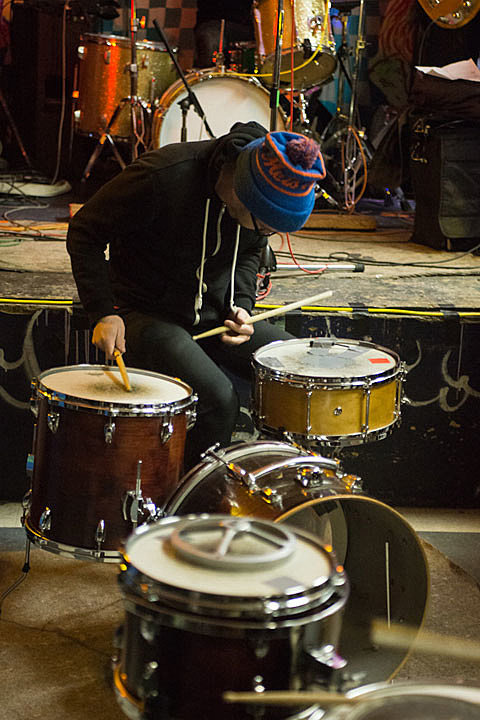 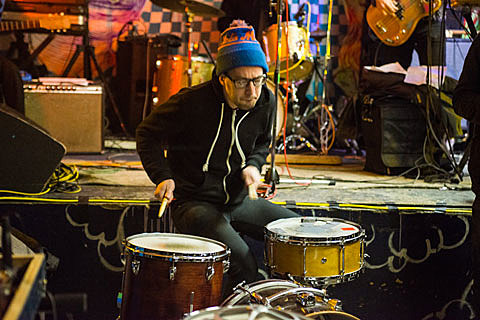 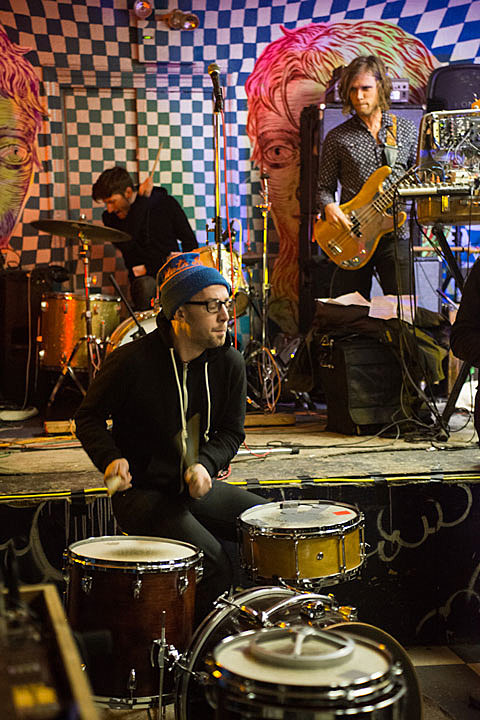 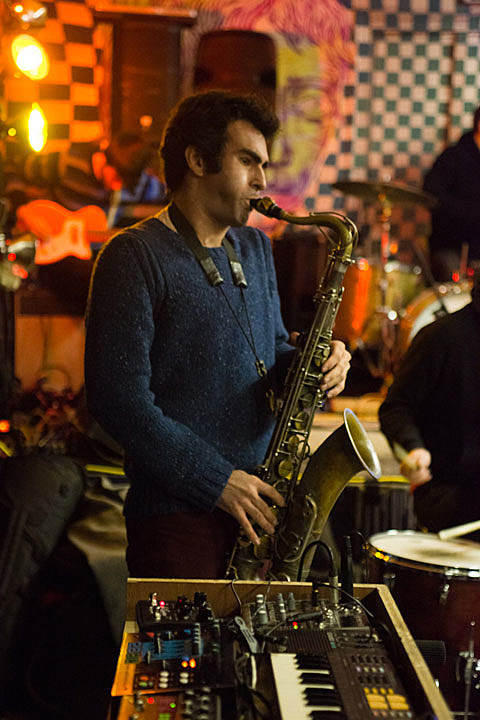 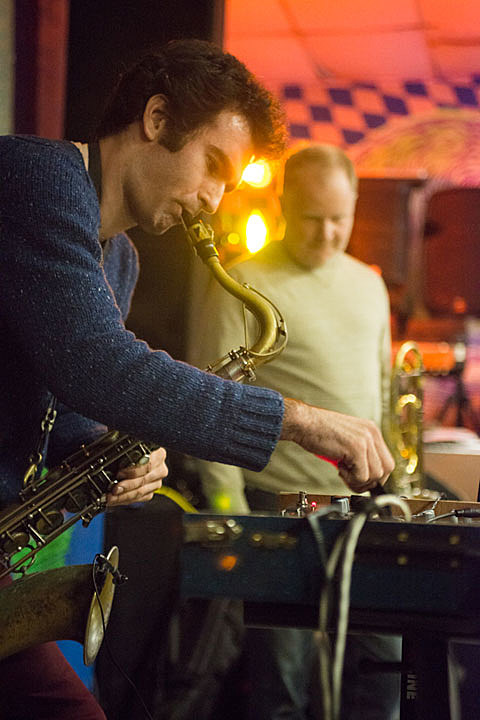 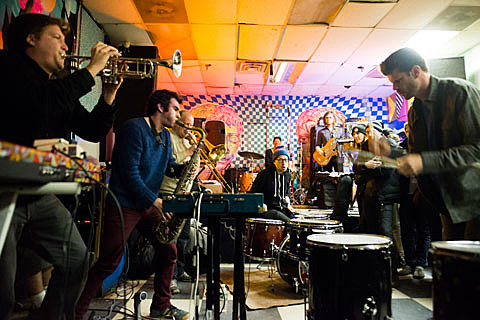 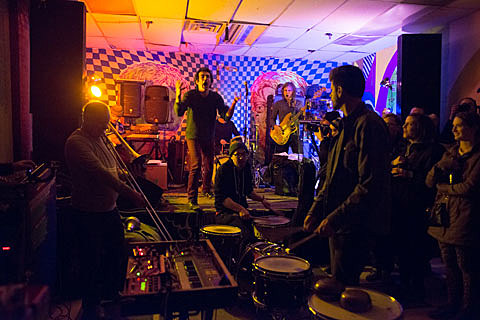 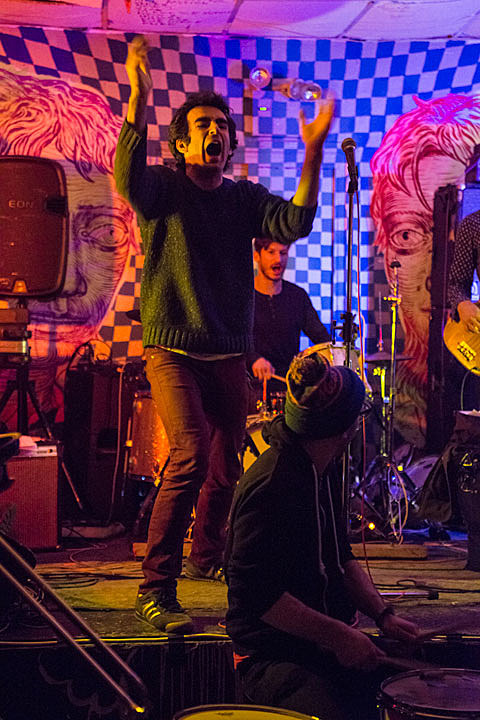 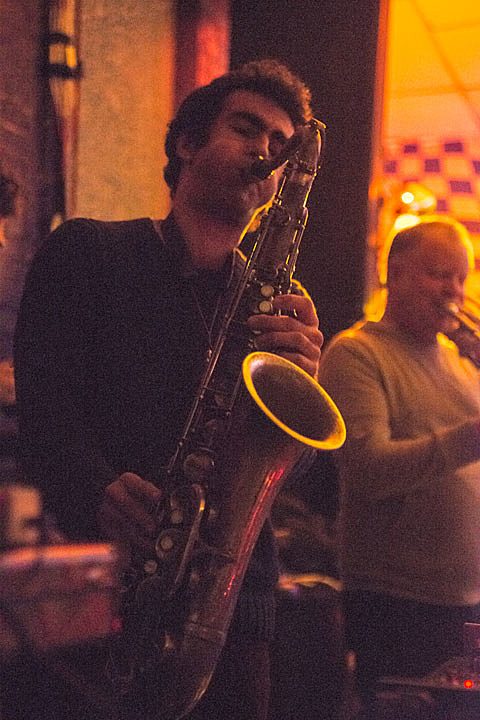 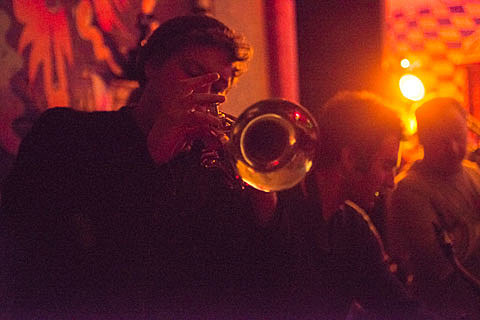 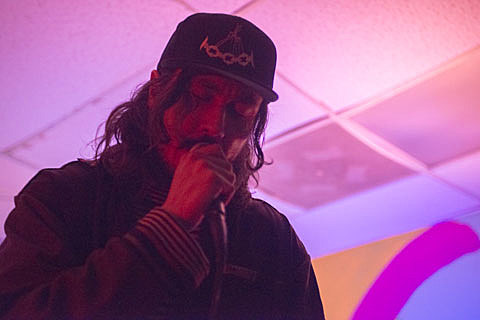 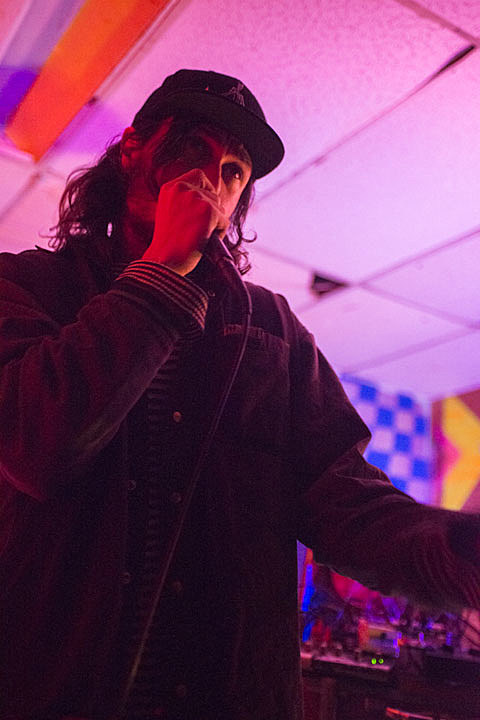 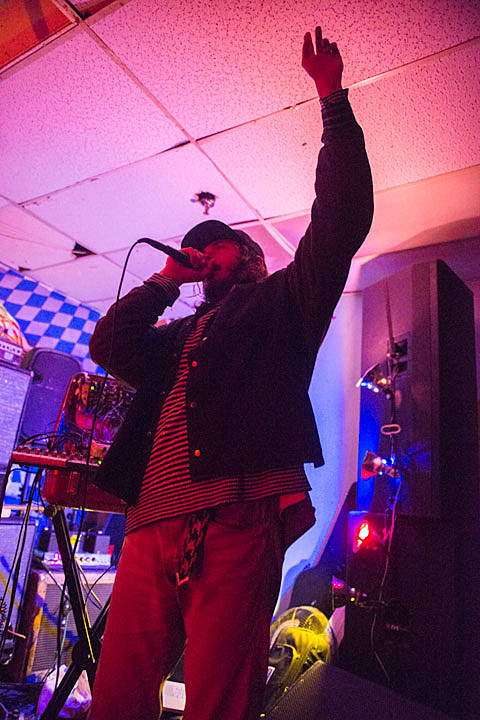 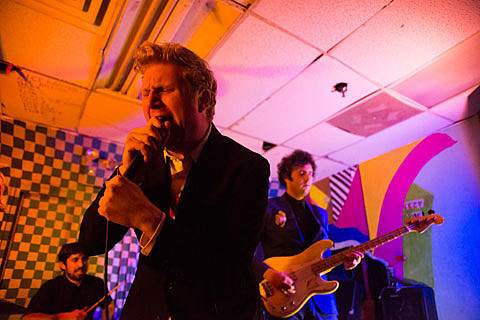 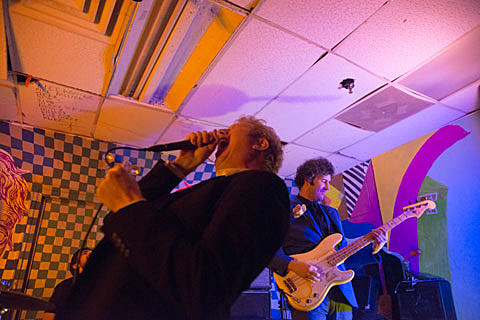 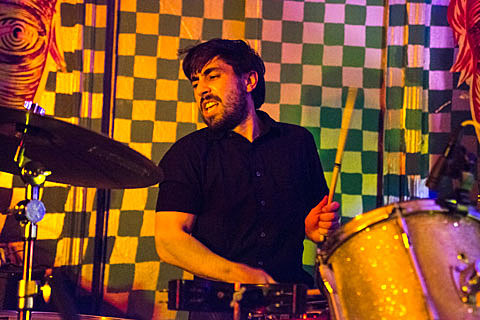 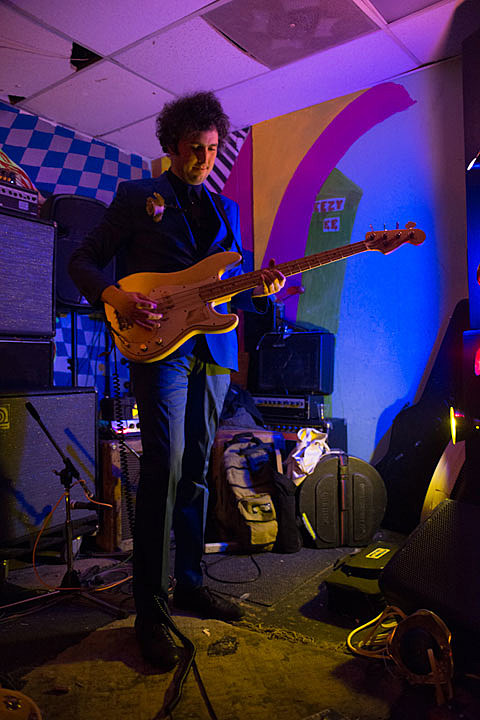 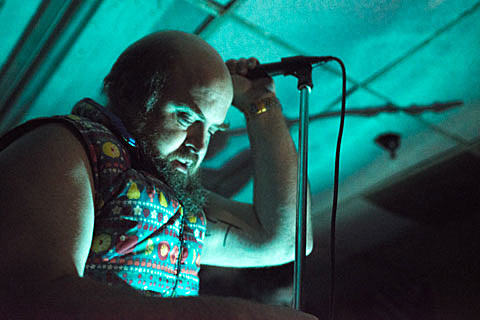 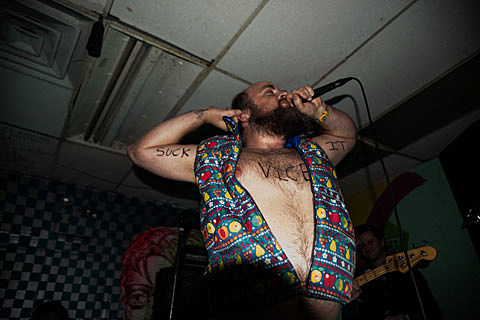 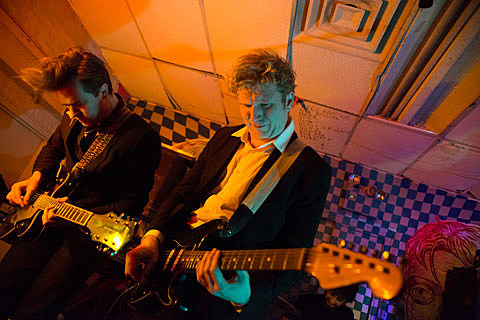 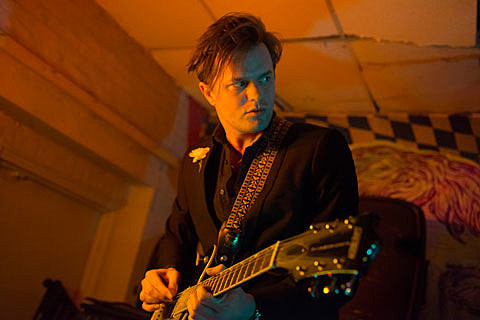 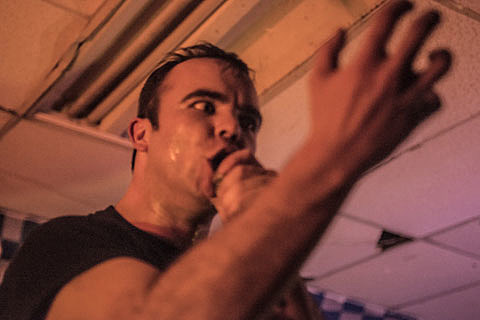 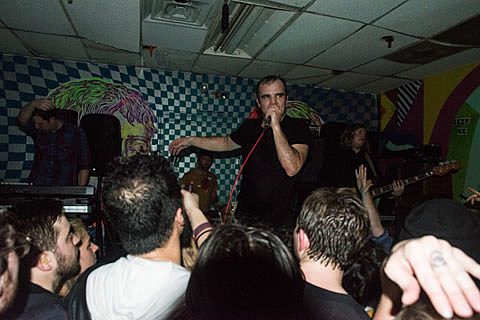 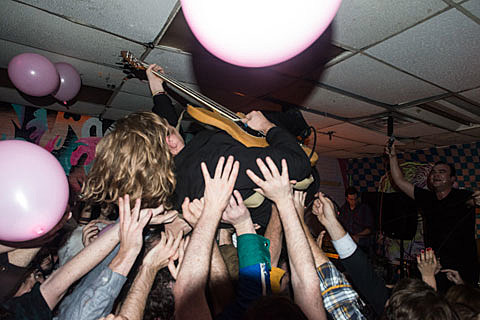