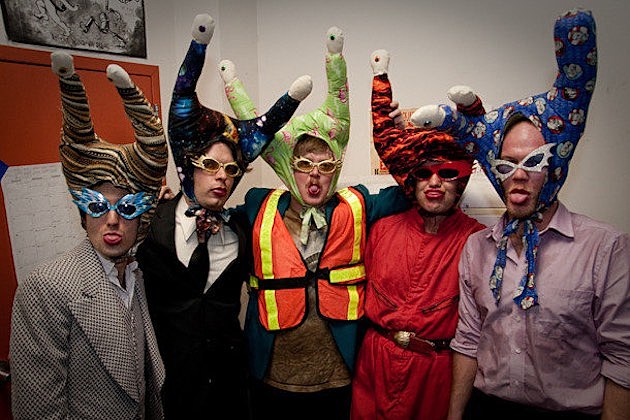 Future Islands frontman Samuel T. Herring and bassist/guitarist William Cashion's side project, The Snails, announced a while back that they would release their debut album Songs From The Shoebox in March, but just dropped it early via Bandcamp. You can listen below.

The Snails may be a joke band, with Samuel's adopted persona of Sammy Snail and snail-themed songs such as "Dusty Snails" and their Christmas song "Snails Christmas (I Want A New Shell)" which they included in this album, but it's as worthy of listening to as Future Islands albums, with tracks like "Tea Leaves," which stands out with its 80s-inspired saxophone jazz-rock sound.

They also have a tour coming up next month, including two NYC shows: March 9 at Baby's All Right and March 10 at Mercury Lounge. Tickets for Baby's and Mercury are still on available.

All tour dates are listed, along with their debut album, below...