Future of the Left at Knitting Factory, Nov 2012 (more by Caroline Harrison) 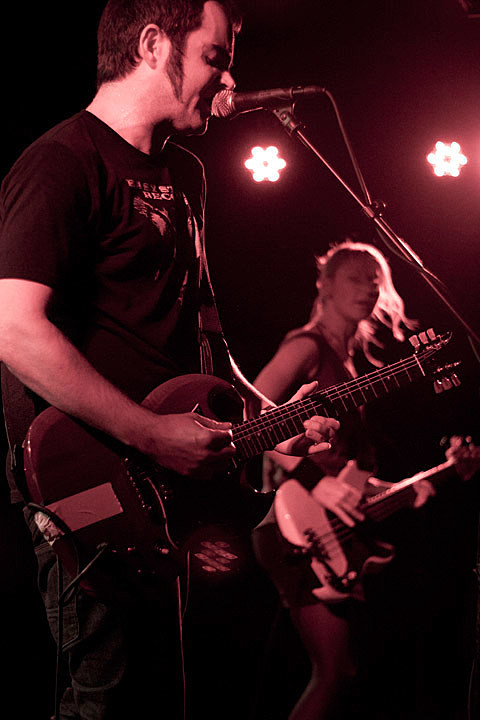 Future of the Left have been working hard lately. The Welsh four-piece recently ran a successful PledgeMusic campaign to fund their new album, allowing them to circumvent all of the typical trials and tribulations associated with outside label involvement. (The campaign is over, but it's absolutely worth reading the post for frontman Andy Falkous's characteristically scabrous and footnote-riddled pitch.) The band instead operate their own label, Prescriptions Music. Prescriptions served as a launching platform for the bonus 7" the band distributed to their PledgeMusic backers, and it'll also handle their upcoming fourth LP, How To Stop Your Brain In An Accident, which drops on October 21.

FOTL debuted the first single from the album today, and it fucking rages. Their previous album, The Plot Against Common Sense, was relatively controlled by their standards, but there is no such restraint here. "Bread, Cheese, Bow and Arrow" is a brutal start-stop stomp that recalls "adeadenemyalwayssmellsgood" or "You Need Satan More Than He Needs You" from their first two LPs. Falkous is in rare, venomous form here, spewing bitter sarcasm and sneaking in some of the harmonized pop hooks he's shown a growing interest in over FOTL's past few releases. But the thing you'll remember best from this tune is the gigantic rhythm-section beatdown that the rest of the band delivers.

Listen to "Bread, Cheese, Bow and Arrow" and ask yourself whether you really miss McLusky that much.