See you in the Future, Punx 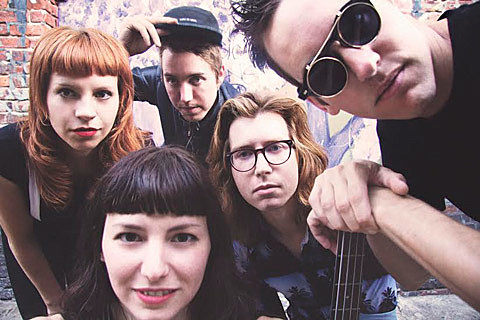 We really mean to go to the beach during the summer more than we do, but you get busy living in NYC and sometimes it's September and you realize you never made it out once. In an effort to not let that happen this year, BrooklynVegan and the fine Dull Tools label are throwing a beach party on Sunday, July 13 at Rockaway Beach Surf Club with live music from Future Punx, Eaters, Final Bloom and Royal Garde. Plus between bands your DJs will be DeeFrance2000 and myself. If you've ever dreamed, like me, of dancing in the sand to electronic-leaning postpunk, this show might be that come true. The fun starts at 3 PM and is free and open to the public. Info on Rockaway Beach Surf Club is here. Check out the flyer, designed by Dull Tools co-domo (and Parquet Courts singer) Andrew Savage, below.

Future Punx (whose frontman Chris Pickering runs Dull Tools with Savage) just played with Beverly this past weekend and if you can't make the beach party they'll open for UK band Cymbals at Glasslands on July 19 (tickets). You can stream their debut 7" below and look out for a more new music from them later this year.

Eaters released their debut album on Dull Tools earlier this year and you can stream that below. Perhaps you saw Final Bloom when they opened for Future Punx and Eaters at Death by Audio back in March. And Royal Garde are a very new band who haven't put any music online yet (but I hear they are kinda like early Bunnymen). You'll just have to come to the beach party. Hope to see you there.

Flyer and streams below... 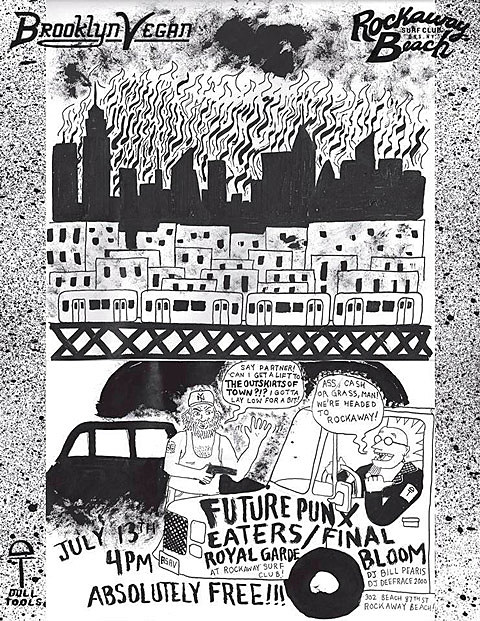