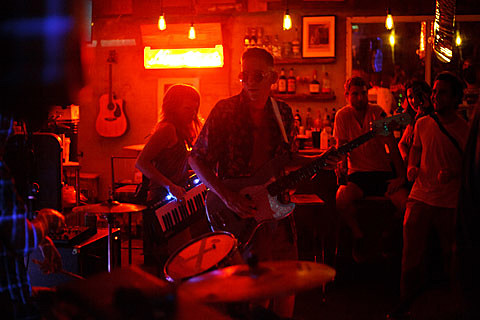 Whether or not you're excited for Weezer's new album you might have affection for the band's early '90s output. With that in mind there's a Weezer tribute happening at Baby's All Right on Tuesday, September 9 featuring members of Beverly, Moon Dudes, Truthers, Future Punx, Nicholas Nicholas, and "more TBA." They'll be playing songs from the Blue Album, Pinkerton and a few b-sides. It's a midnight show and is free.

Both Future Punx and Truthers will be performing as themselves on Sunday (9/7) afternoon, playing at a free Fashion Week block party called "LES Opening Night." It takes place around 45 Orchard St, featuring "art opening, DJs, live music, block partying" and a fashion show. Cake Shop curated the live music portion (4:15 PM start) and in addition to Future Punx and Truthers, Prince Rupert's Drops (who have a new record on the way) are also playing. The full schedule is below.

Then Sunday night, Future Punx will play another show, this time at 402 1/2 Park Ave. in Bed Stuy with Naked Heroes, Prince Klassen and Chris Devlin. $5 at the door and more info here.

Flyer for for the Bed Stuy show and block party schedule below... 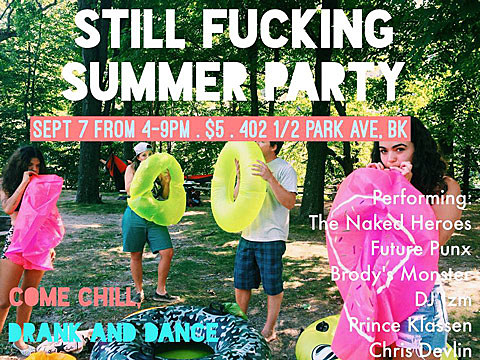