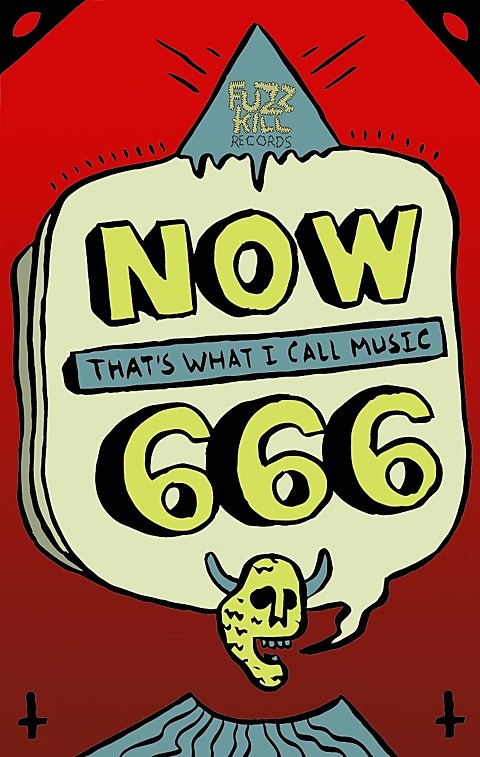 Fuzzkill Records, the Scottish label that put out the Deathcats album, are releasing a new compilation for Cassette Store Day called NOW That's What I Call Music 666. Filled mostly with punk and garage rock, the tape features exclusive, previously unreleased tracks by Poor Things, Min Diesel, Asian Babes, Catholic Action, Sharptooth, Future Glue, Secret Motorbikes and The Shithawks, as well as cuts from Pinact, Deathcats, Psychotic Reaction and others. Cassette Store Day happens this Saturday (9/27) and if you're in NYC you can pick it up at Rough Trade. Ahead of CSD though, you can preview the whole thing by checking out the stream which premieres in this post.

Listen, with the list of stores that are stocking the tape for CSD, below...