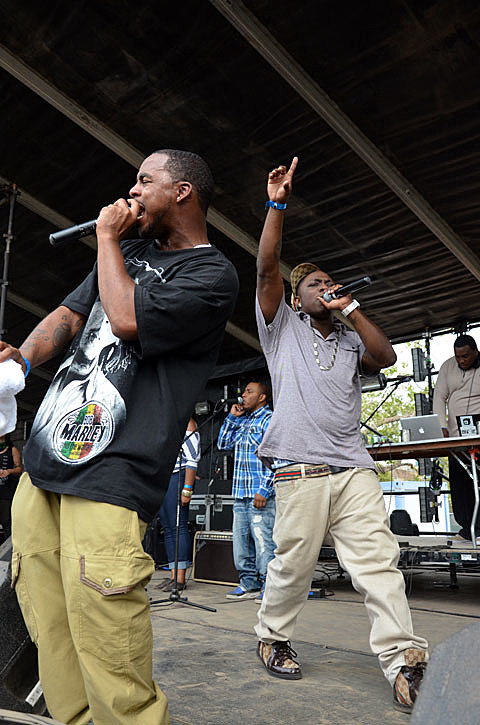 Huntsville, Alabama rap duo G-Side are on a tour that brings them to their BV-presented show at Glasslands TONIGHT (12/6) with Mr. Muthafuckin eXquire (who the Village Voice just interviewed) and Cities Aviv. (Facebook invite HERE.) Tickets are still available and we're also giving away a pair here. Details on how to win are below.

Earlier on in G-Side's tour, they played Fun Fun Fun Fest in Austin. More pictures from their set there, where they came out into the photo pit to be closer to the crowd toward the end, are in this post. The five people you see on stage include the duo, their two much-more-than-backup singers and the DJ. The crowd started relatively small for their daytime set, but grew large by the end due to their undeniable talent and charisma. Read more about another recent show they played HERE.

SPIN profiled G-Side for their December 2011 issue, 'The Changing Face of Hip-Hop.' They talked about the town of Huntsville, Alabama, where NASA's Marshall Space Flight Center is located, and how G-Side rides "past the rocket to test records out." That rocket is the "363-foot-tall white Saturn V" off the highway, I-565. They talked about the tightly knit scene there. G-Side's manager Codie G. said, "In a city like this, all you get is small wins, If I see somebody here get some success, I feel like that's my success." Then the members of G-Side discussed their difficult childhoods and how they eventually met up in their pre-teenage years and began making music together. According to Yung Clova, their new album Island (which is streaming on bandcamp) "might be the last album," Either this album is gonna make us or it ain't. Struggling, trying to pay your rent -- it gets old," he said. Come support at Glasslands tonight or at one of their other upcoming shows.

All tour dates, more pics from FFF Fest, and contest details below... 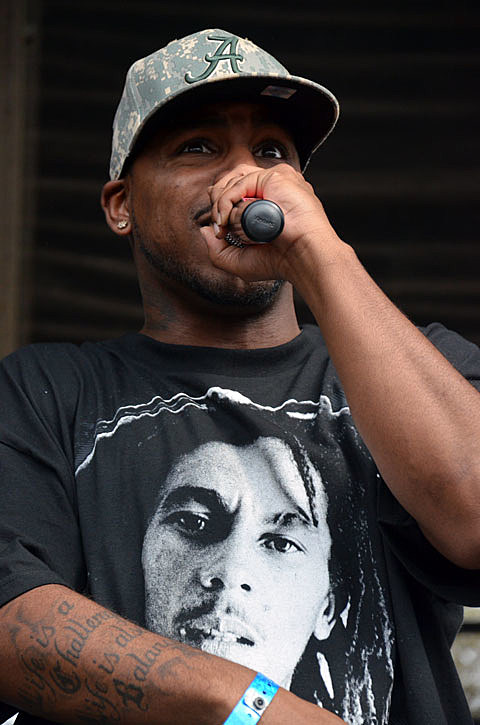 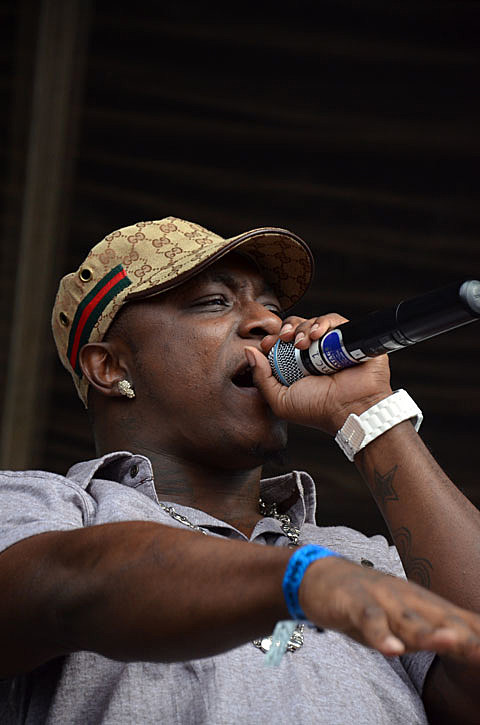 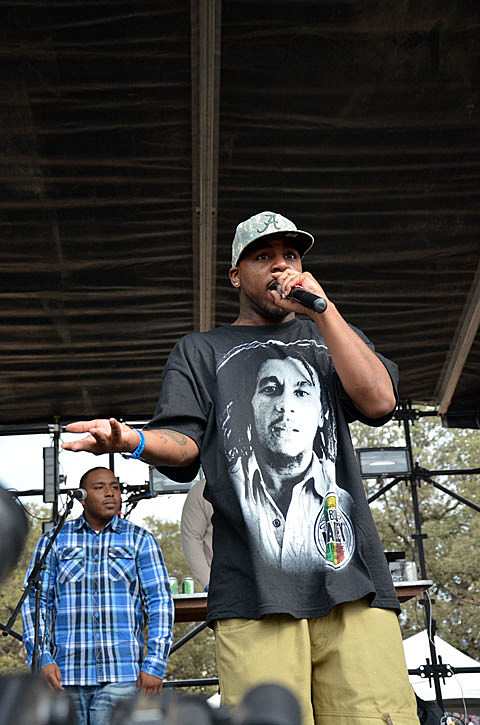 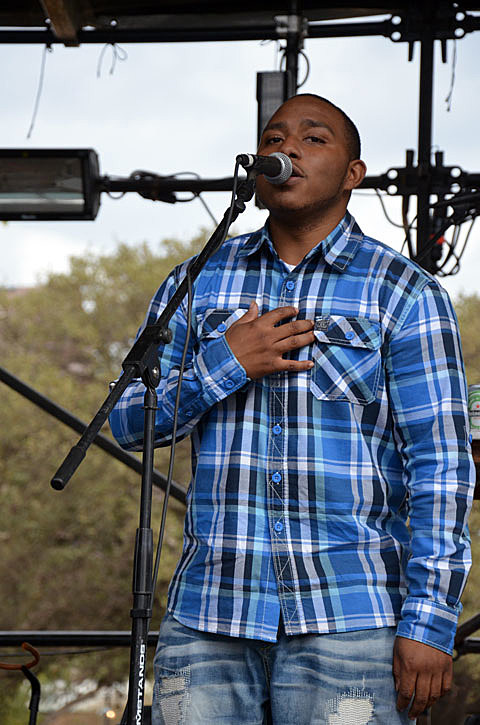 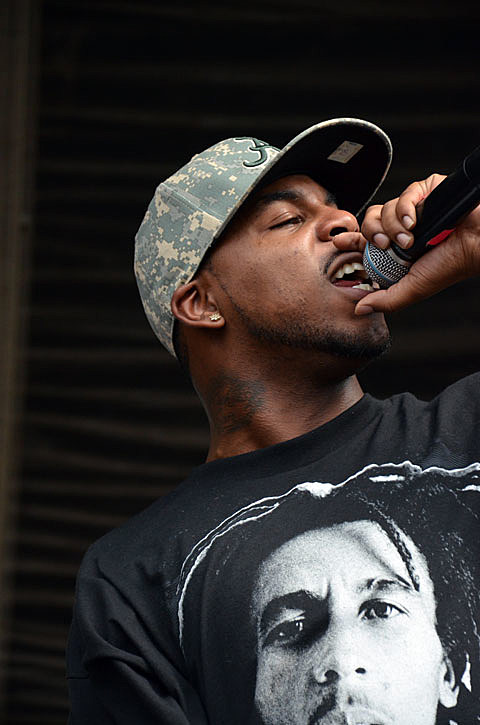 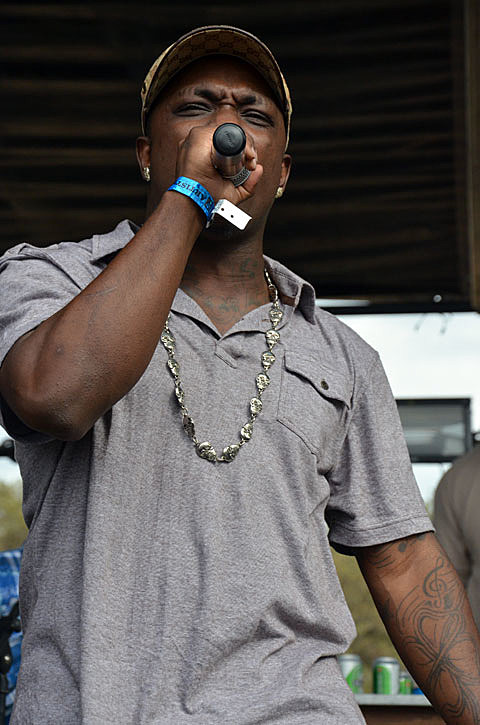 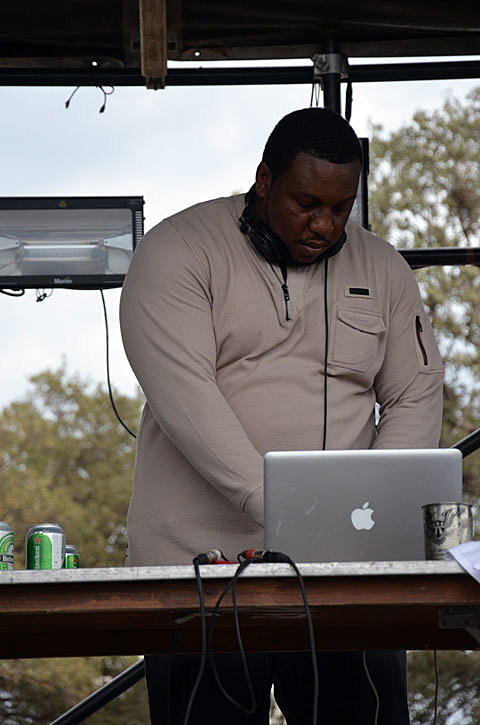 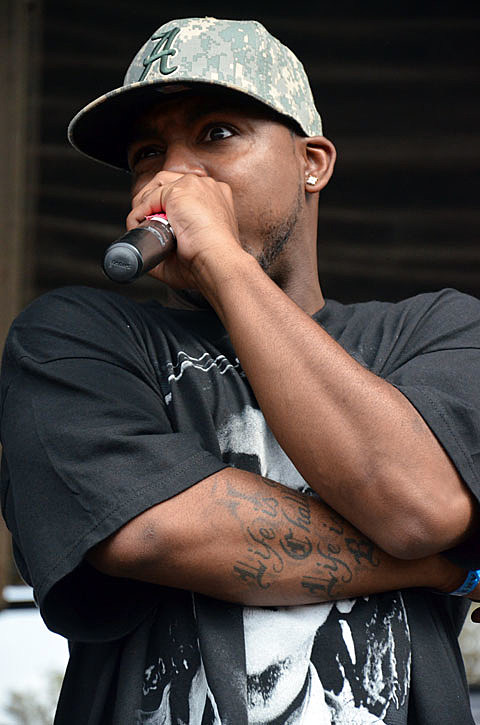 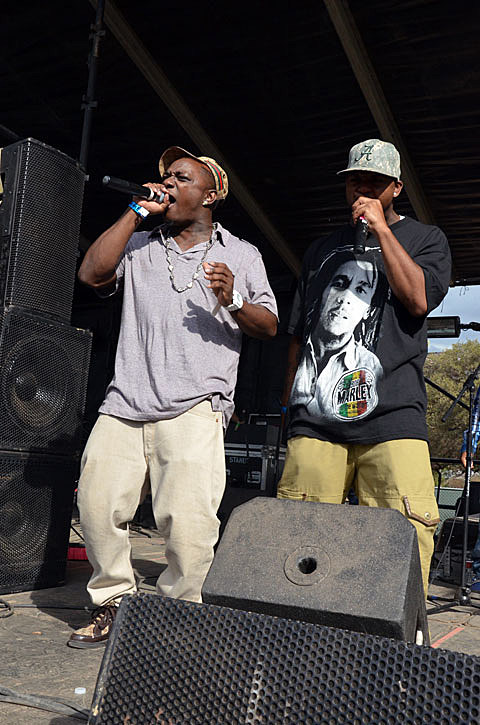 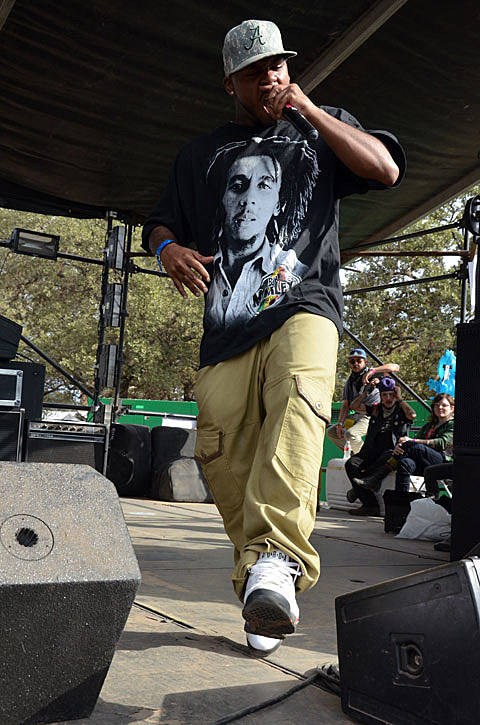 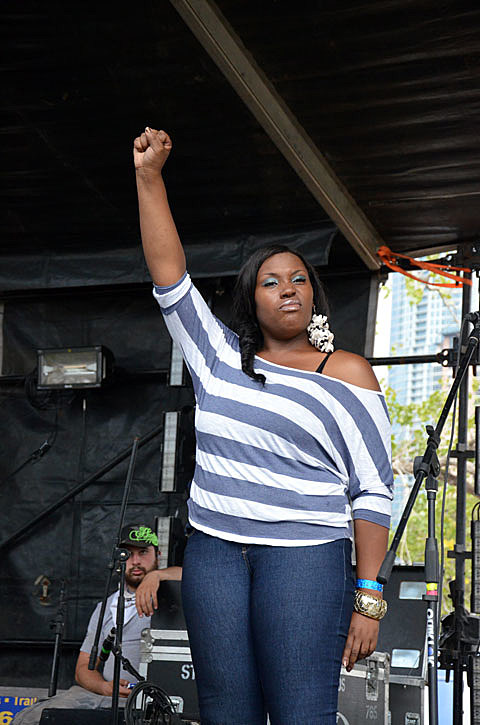 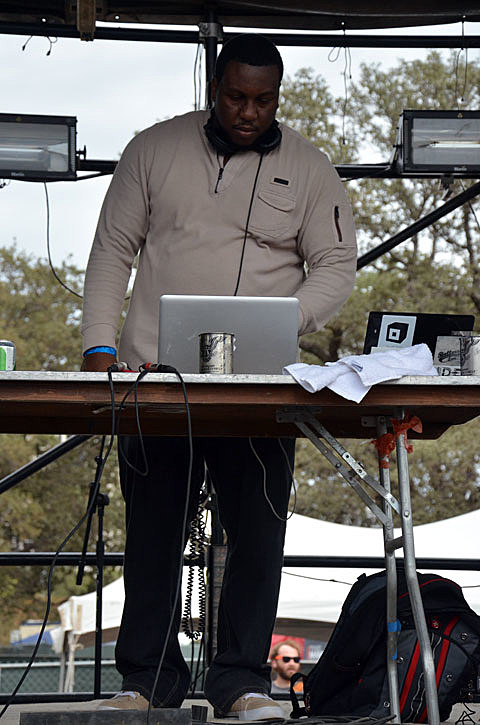 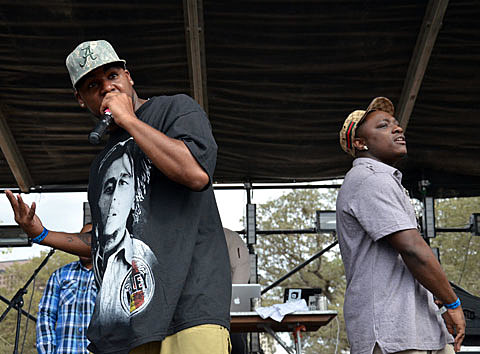 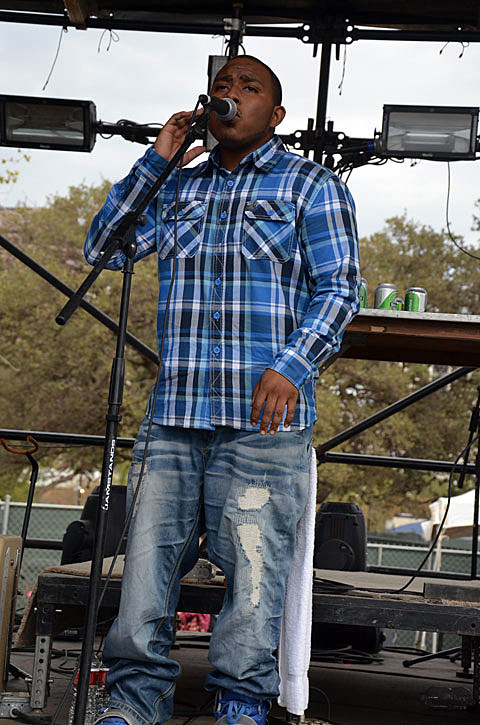 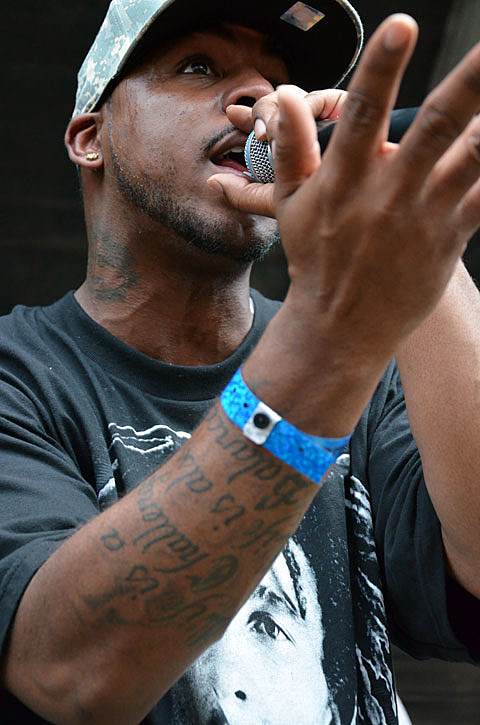 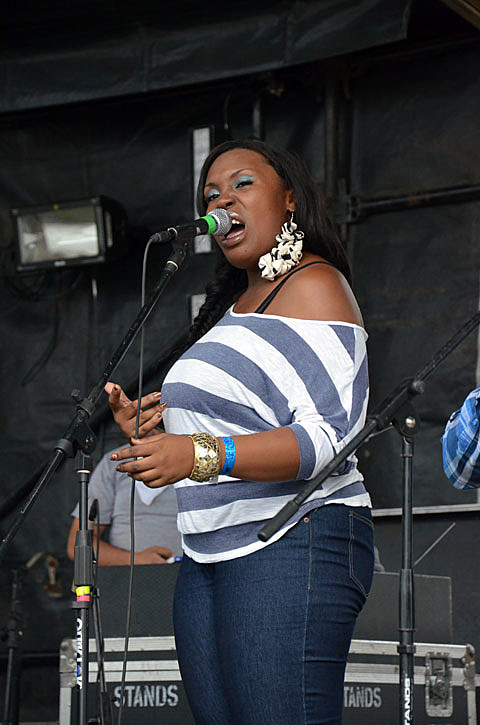 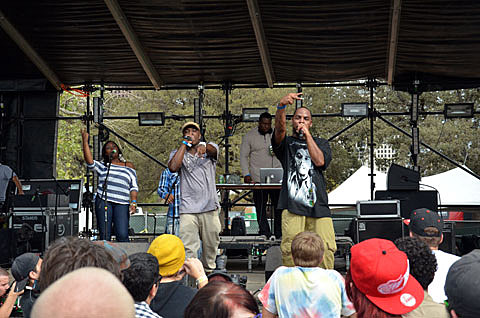 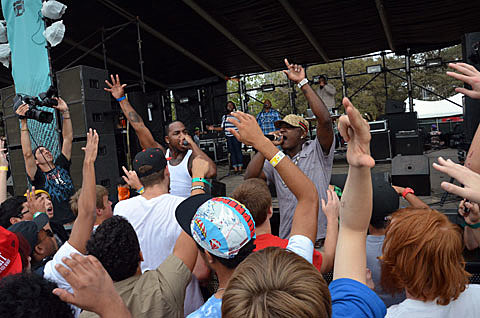 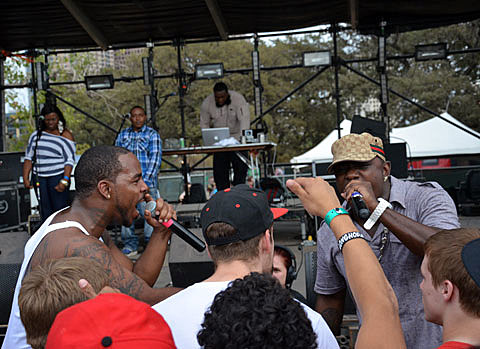 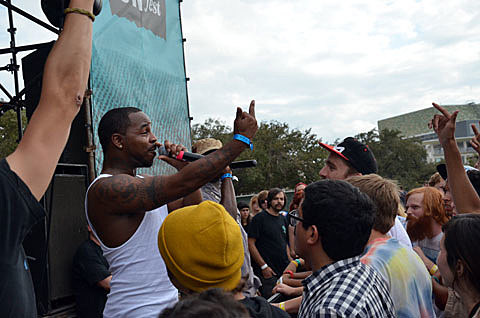 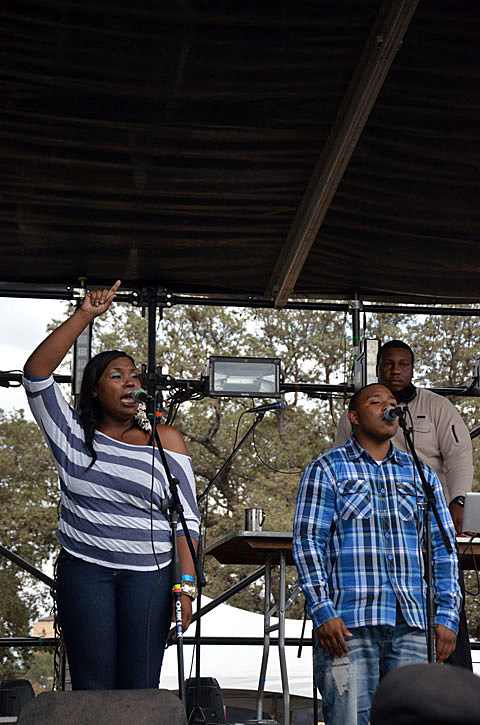 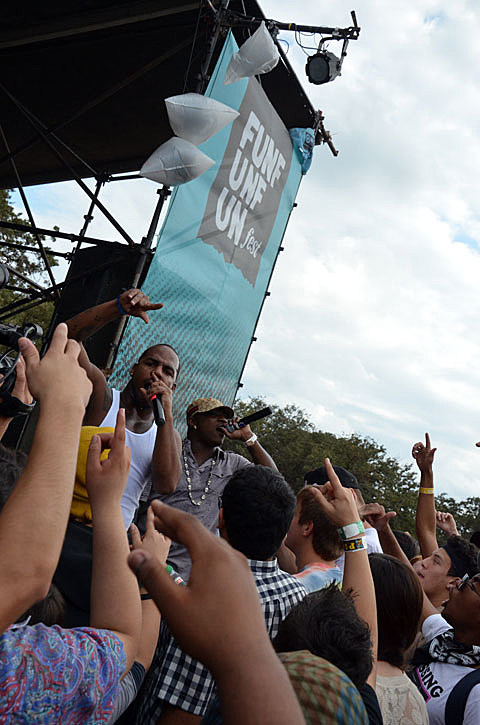 --
TO WIN TIX to see G-Side at Glasslands TONIGHT: Be 21+ and email BVCONTESTS@HOTMAIL.COM (subject: G-Side). Include your first and last name in the email. We'll pick winners at random and contact them with more details. Good luck!