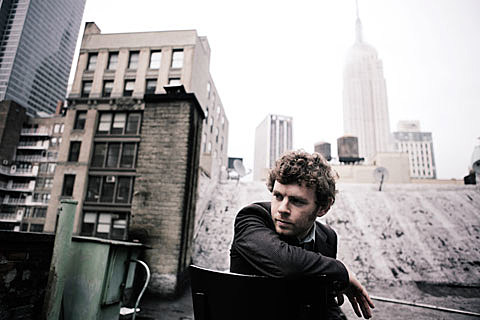 Pianist Gabriel Kahane has a new album, Where are the Arms, coming out September 13th on 2nd Story Sound Records. His compositions deal both in classical and pop modes (he's worked with Sufjan and the Kronos Quartet), and on the record it's no different. The piano-pop songs both are sinewy and direct, elevating common-place subjects with his intricate arrangements. "Last Dance," above, clocks in at less than four minutes and still contains a dizzying series of twists that lead into a devastating second half. Get the song, make its premiere here, above.

Gabriel just finished a June residency at Rockwood Music Hall and has no NYC shows coming up currently (though there is a show on July 29th in Westchester). Look for NYC dates in the fall.

Next year, The Public Theatre will stage his musical-theater work February House in May.

More info on February House, tour dates and videos (including "Neurotic and Lonely" from 2006's Craigslistlieder) are below...

Visionary and flamboyant editor George Davis transforms a dilapidated Brooklyn boardinghouse into a bohemian commune for the leading lights of 1940s New York. Residents include novelist Carson McCullers, composer Benjamin Britten, poet W.H. Auden, and the infamous Gypsy Rose Lee. The luminaries of 7 Middagh Street form a tumultuous and remarkable makeshift family, and search for love, inspiration, and refuge from the looming war in Europe. Inspired by true events, this powerful and funny new musical marks the first commission of The Public's Musical Theater Initiative. February House will be developed this summer at New York Stage and Film.