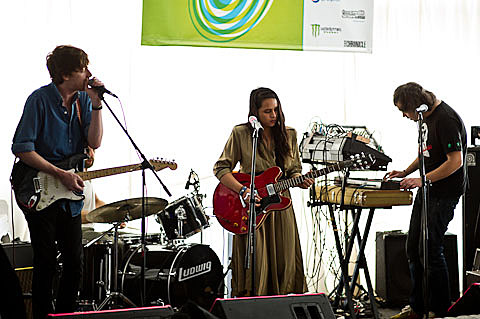 After playing their last hometown show at a swanky NYC art show benefit, Gang Gang Dance will bring it back down to earth with a show at Music Hall of Williamsburg on May 4th with New Moods and Ghetto Gothic DJs. Tickets go on sale today at noon. The show takes place five days before the release of the new Gang Gang Dance LP Eye Contact on 4AD, and is currently their only announced U.S. headlining date.

GGD joins names like Guided by Voices, No Age, and many others as part of the 2011 edition of the Pitchfork Festival in July. And theye're on the finalized lineup, which was announced today, of the UK's Great Escape Festival (May 12-14 in Brightton).

New Moods, who are opening the Music Hall show, killed it during their noon set at Swan Dive at the BrooklynVegan day party on Saturday during SXSW (they went on right before Oh Land on the same stage). They actually had a bigger crowd than Baths who was playing on the bigger stage outside at the same super early time, I think because as people walked in the front door, they were sucked in by the "a precise and raucous four-piece" with captivating back and forth vocals by the intense Billy Jones (I first became a fan when he fronted Other Passengers and then got to know him through his work at Sin-e and then Pianos) (he has also since written for this site on occasion) and also-solo artist Melati Malay (she also plays in Young Magic who recently signed to Carpark). The band is rounded out by Gang Gang Dance engineer Sean Maffucci and drummer Steve Garofano. You can listen at their bandcamp, and you can see pictures from their set in this post.

More of those pictures, the rest of Gang Gang Dance's tour dates and stuff, below... 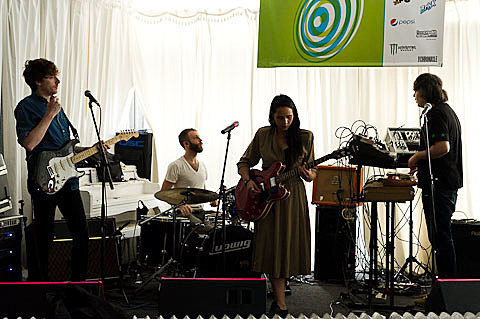 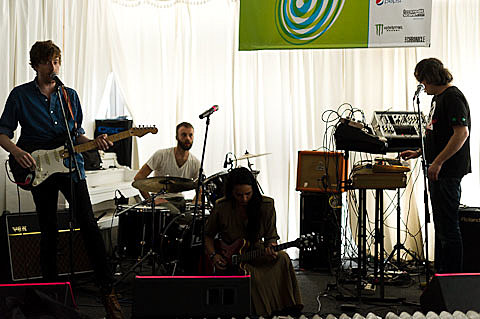 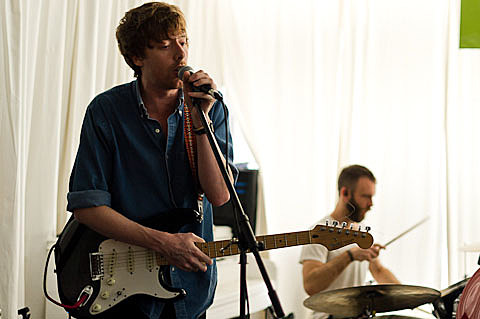 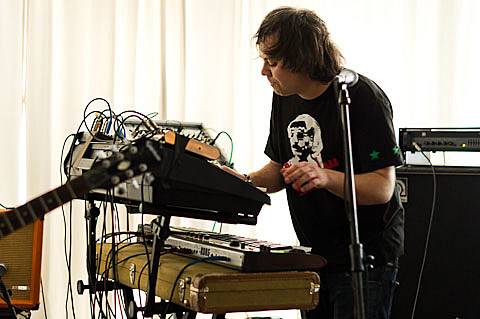 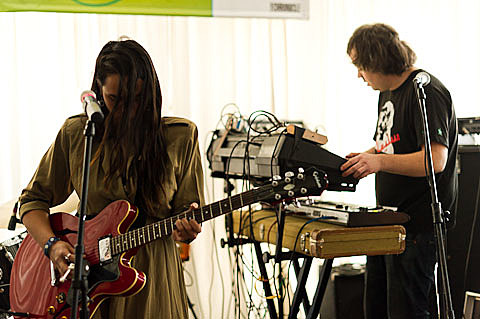 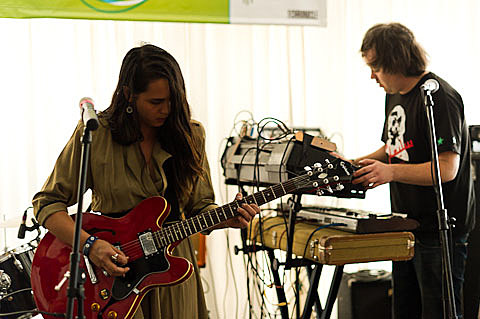 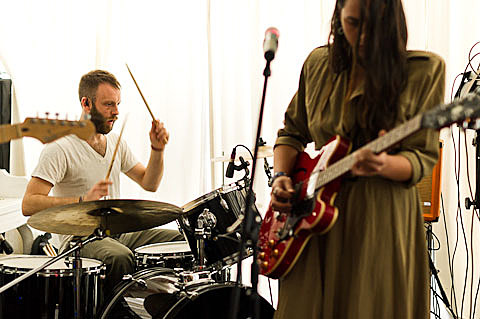 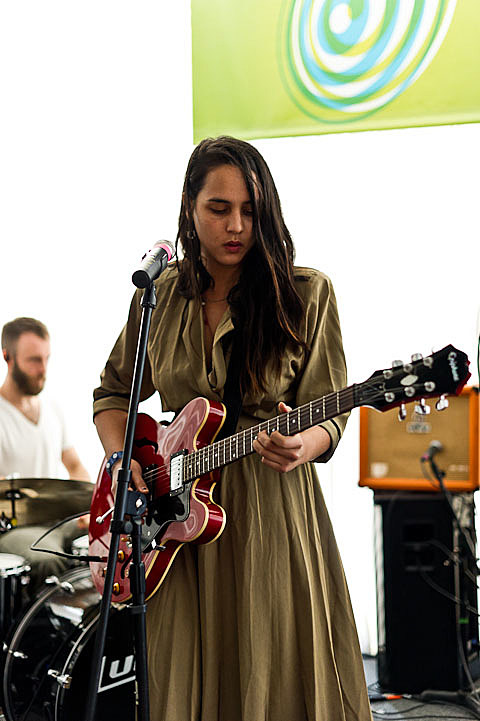 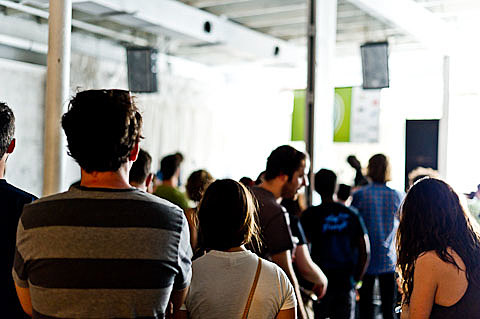 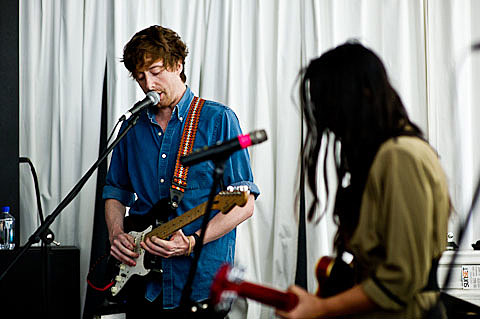 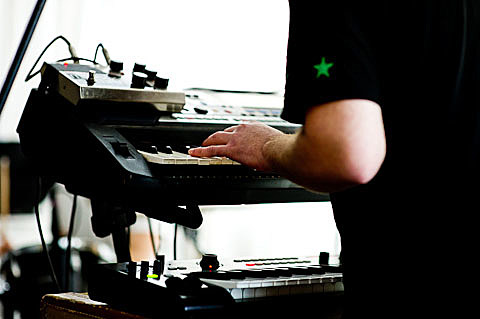 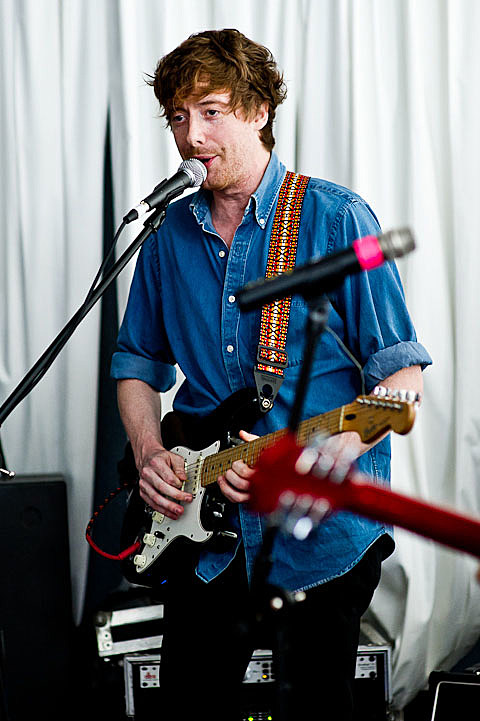 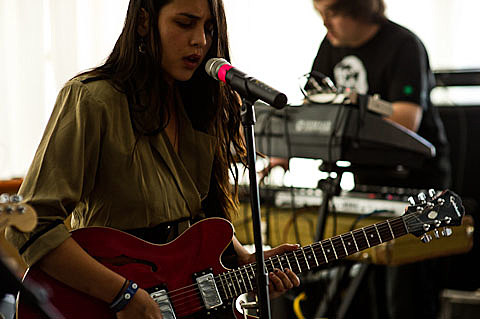 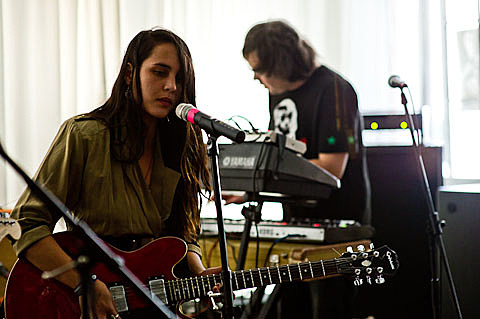 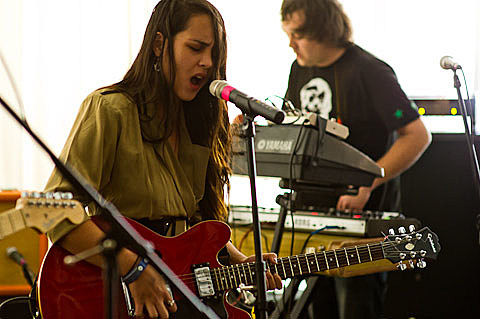 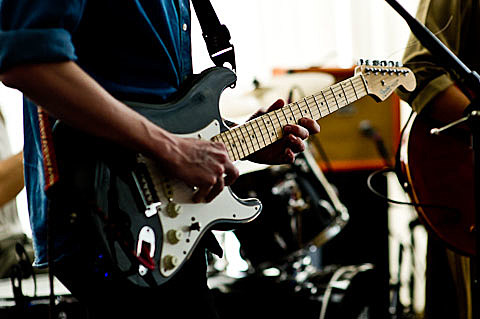 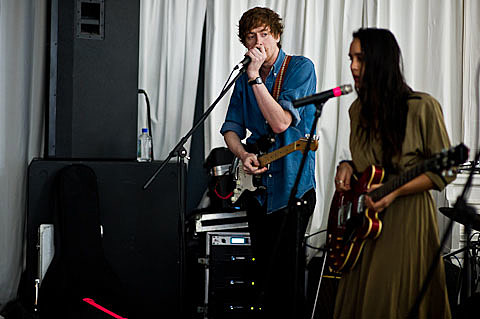 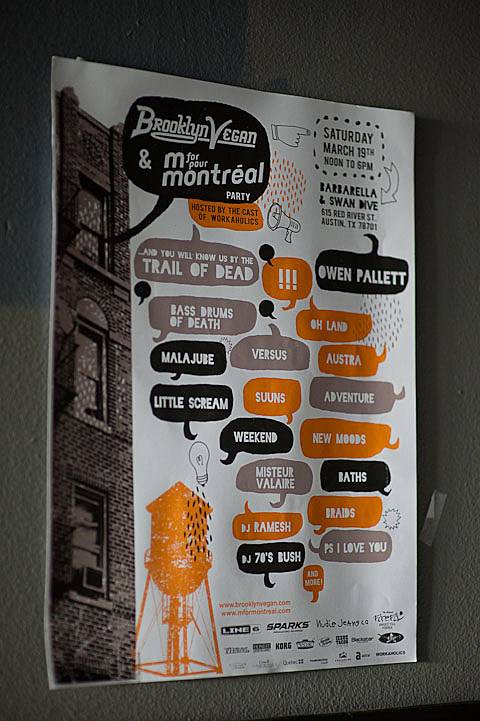