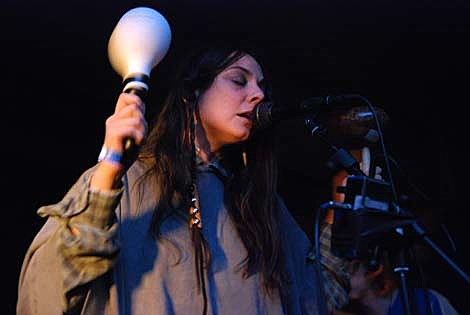 The Stereogum Tuesday (10/21) late night party had a LATE start. Got there a little before doors were advertised (midnight), and they weren't letting anyone in - the bands were still soundchecking. When they finally let people into the new Studio (an hour after the promised start time), Gang Gang Dance were still soundchecking. The GGD soundcheck eventually blended seamlessly into their set, and I don't remember ever liking the band as much as I did last night. The new space at Webster is intimate, and I'm used to seeing GGD in much more grandiose settings. The set was really hypnotic, but at 2:30 I had to call it a night and go home, so I unfortunately didn't get the chance to see any of the other bands on the bill." - Gabi

Free shows at The Studio continue all CMJ week. The bands Gabi missed were Marnie Stern, Crystal Stilts, and Ponytail who played the BV show at MHOW earlier in the night. Gang Gang Dance and Marnie Stern are going on tour together. Marnie Stern is also playing the free BV show at Knitting Factory on Saturday. More GGD pictures below... 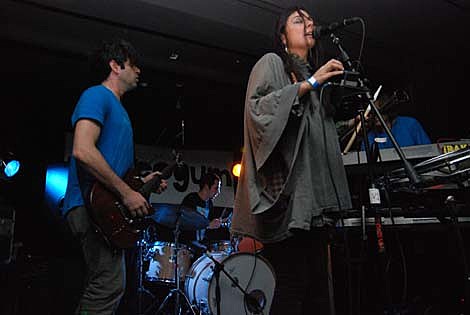 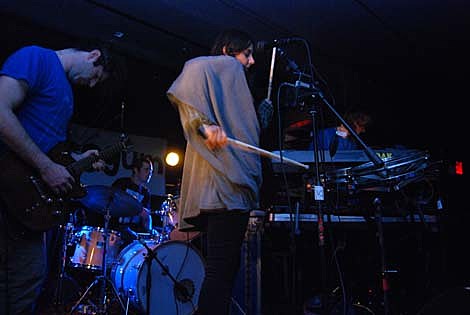 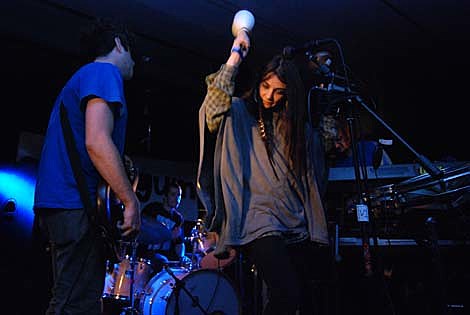 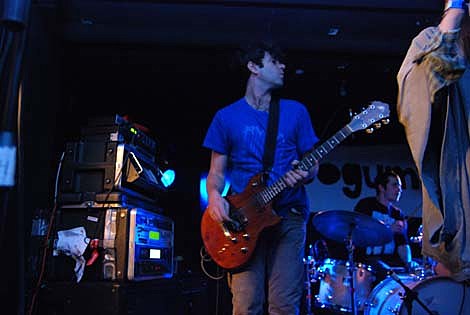 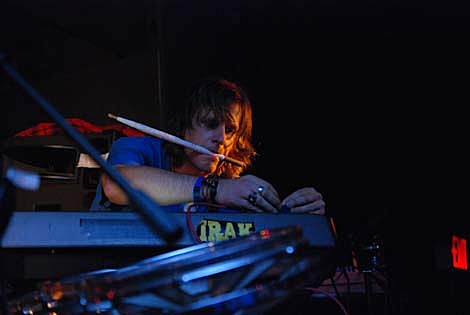 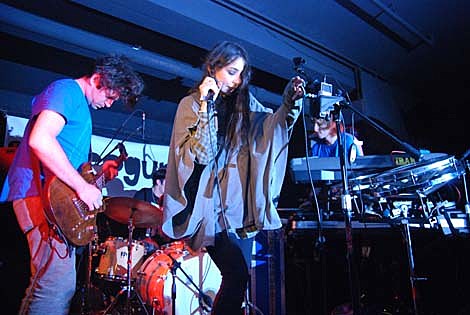 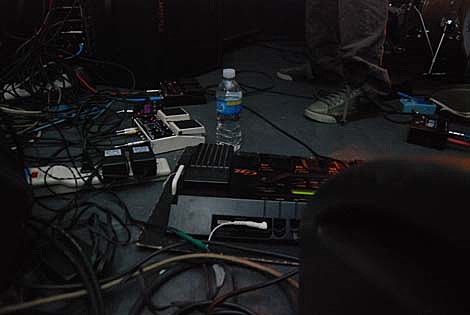 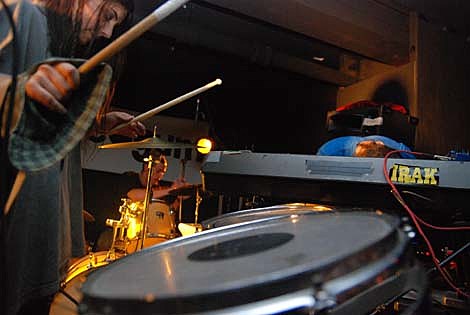 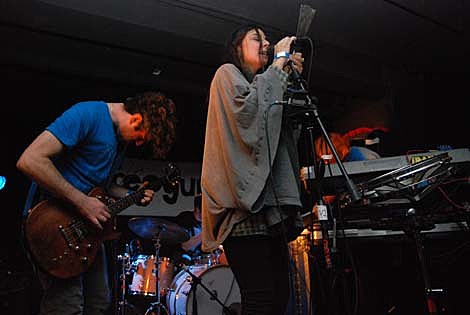 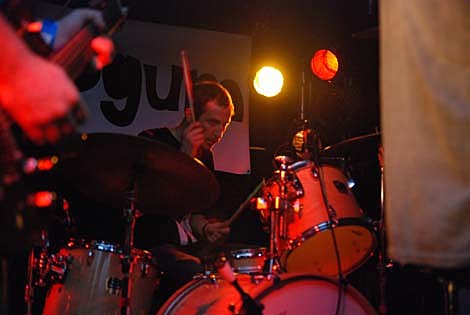