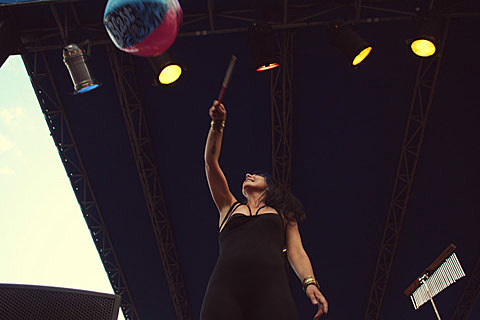 After playing Midpoint Music Festival and Pygmailion Music Festival this September, avant world-poppers Gang Gang Dance will kick off a North American tour that culminates in NYC at Bowery Ballroom on October 22 during CMJ. Tickets go on sale Thursday (9/1) at noon. All dates and a video below...