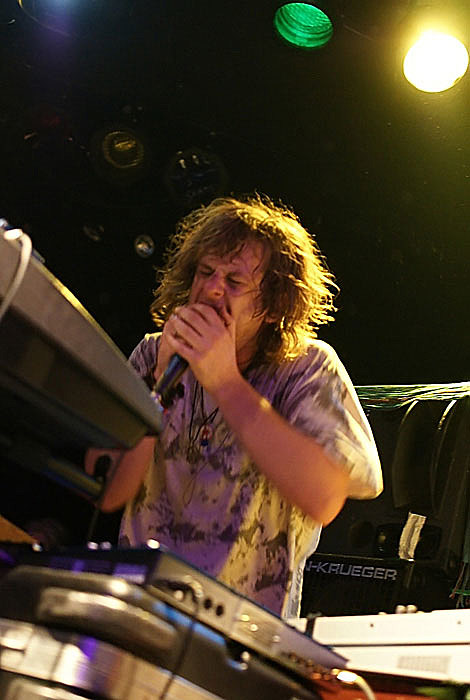 Gang Gang is often mentioned in the same breath as leftfield acts like Black Dice and Animal Collective. Like those groups, they approach their music-an amalgam of insistent percussion, experimental rock, and electronics-in an untamed manner. That is, creating sounds on the spot rather than considering them beforehand. "When I think about how our band started, we were really just, like, feral," explains DeGraw, speaking contemplatively in hushed tones and drawing frequently from a pack of Camel Lights. "Not even composing songs, just making a racket." [XLR8R]

Gang Gang Dance played Santos Party House in November with Marnie Stern, and before that in October for the Social Registry's CMJ showcase, and they'll play there again on New Years Eve (Decemeber 31, 2008). Tickets do not appear to be on sale. All dates below...