the current Gang of Four 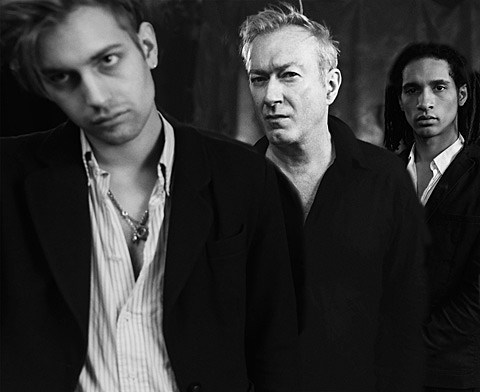 Last time UK post punk band Gang of Four, came through NYC (2011, when they released the not-bad-at-all new album, Content), they were back down to just singer Jon King and guitarist Andy Gill from the original lineup (which had reformed in 2004 for some great shows)  -- the only two who played on every Go4 album over the years. Shortly after that 2011 tour, King left as well with Gill soldiering on with new vocalist John "Gaoler" Sterry. Gang of One? Gill and the new lineup will release What Happens Next on February 24. It features a variety of guests, including German celebrity Herbert Grönemeyer, The Big Pink's Robbie Furze, Japanese guitarist Hotei and Kills/Dead Weather singer Alison Mossheart who sings on first single "Broken Talk" which you can stream below.

That lineup will be touring in 2015, including a NYC show happening at Irving Plaza on March 7. Tickets are currently on Music Geeks (password: MUSIC GEEKS) presale today at 10 AM. Regular on-sale begins Friday (11/14) at 10 AM.

All announced dates, plus new song stream, video of the new lineup playing in 2013 and a couple clips of the original lineup back in the day (including the classic microwave-destroying "He'd Send In The Army," below...