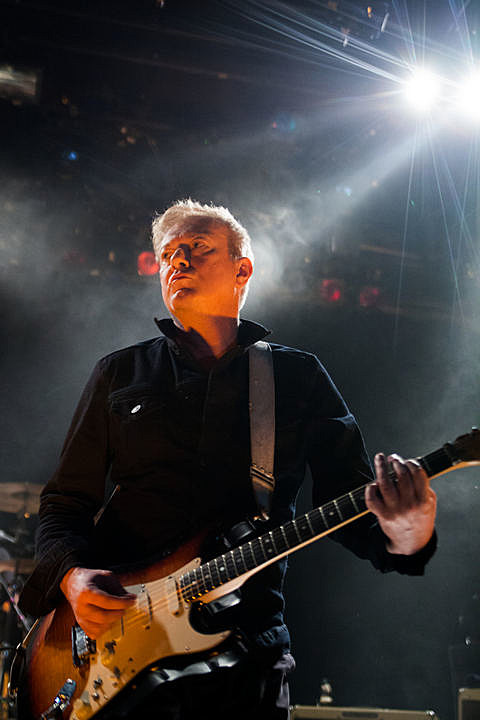 Though guitarist Andy Gill is the only remaining original member Gang of Four, he and the new lineup of the band played Irving Plaza on Saturday (3/7) in support of their just-released What Happens Next. The album features loads of guest vocalists (The Kills' Alison Mosshart, The Big Pink's Robbie Furze among them) but there were no special guests at this show, just new frontman John "Gaoler" Sterry having the impossible task of replacing microwave-bashing mouthpiece Jon King. No appliances were harmed at Irving but they played a hit-heavy set, including "Anthrax," "Damaged Goods" (both of which were also names of cocktails at Irving), "At Home He's a Tourist" and "I Found That Essence Rare." Setlist and pictures are in this post.

If you missed it, Andy Gill (whose taut, signature guitar style is still being aped all over the world) weighed in on controversial band names -- specifically, Viet Cong -- for us over the weekend. Huge Andy Gill fan St. Vincent also recently interviewed him for The Talkhouse. Listen below.

Openers at Irving were Public Access TV. More pictures below... 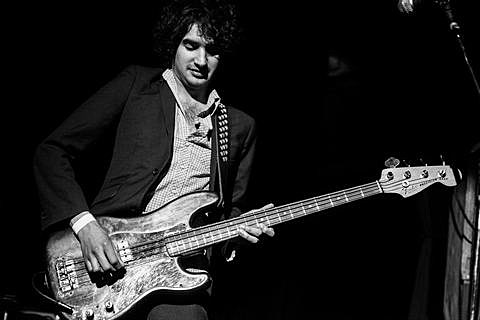 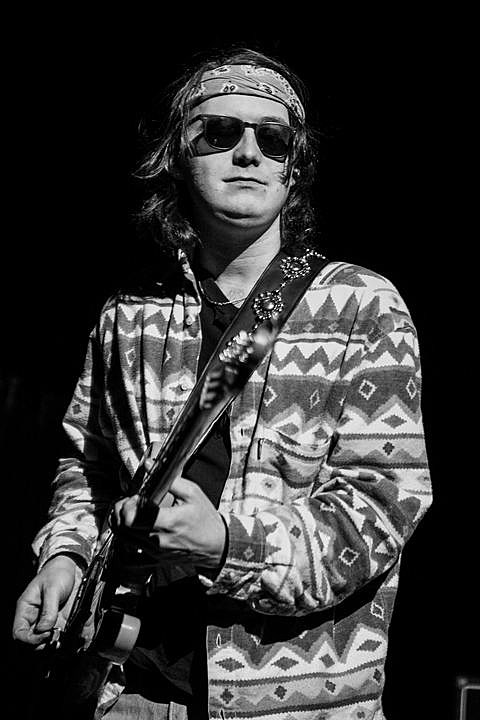 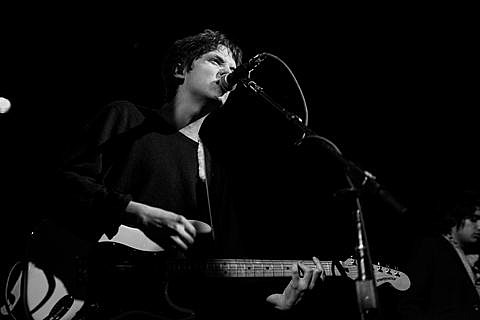 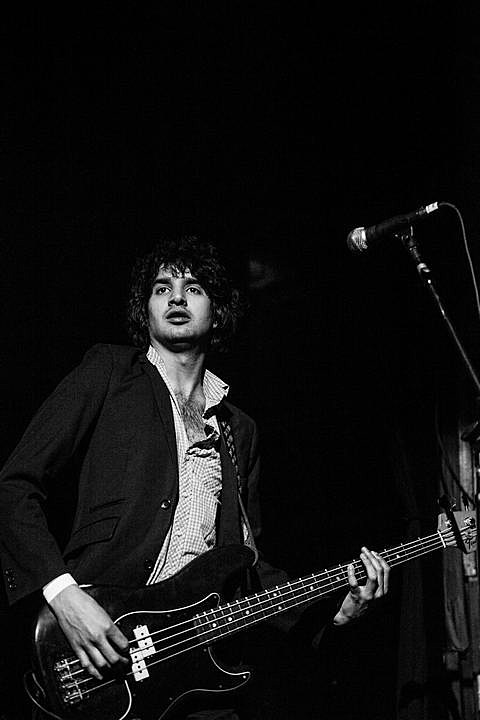 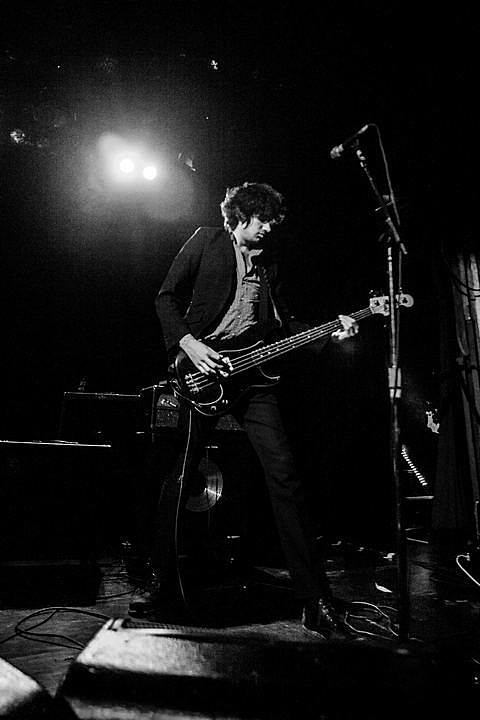 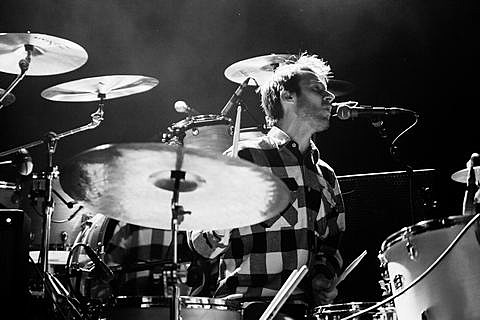 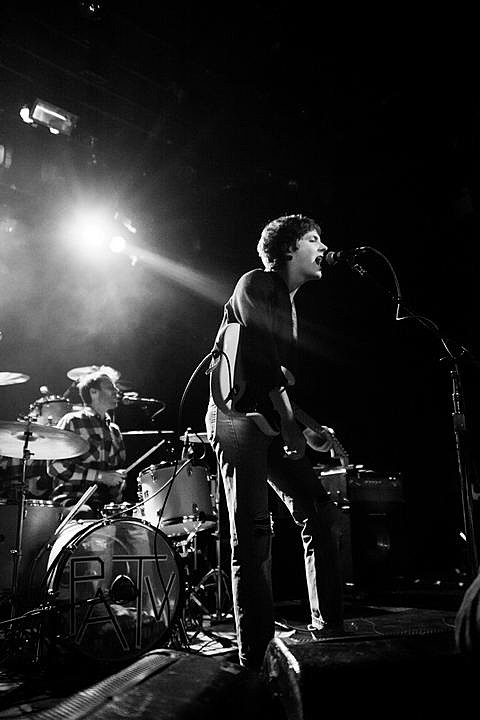 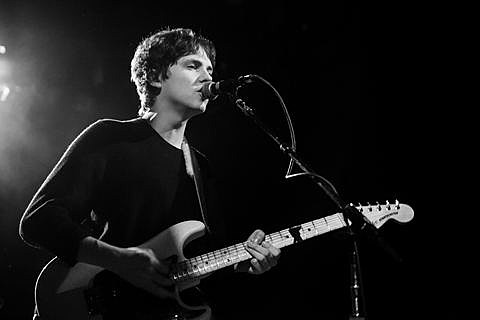 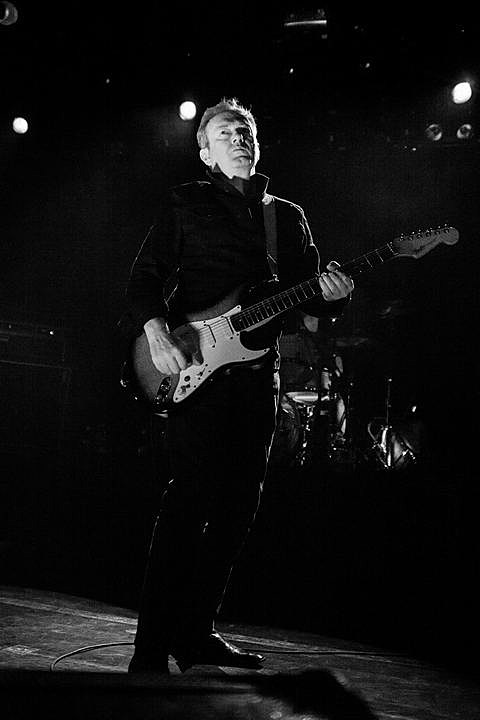 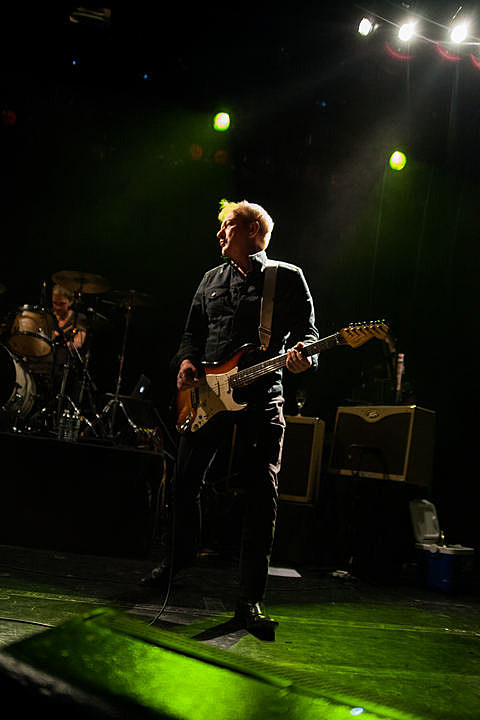 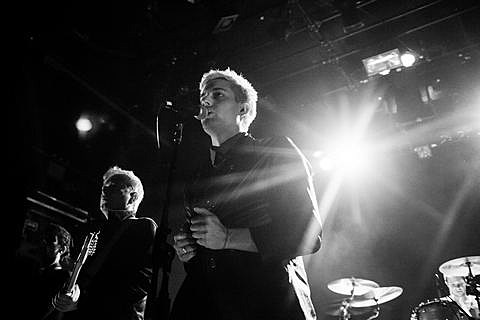 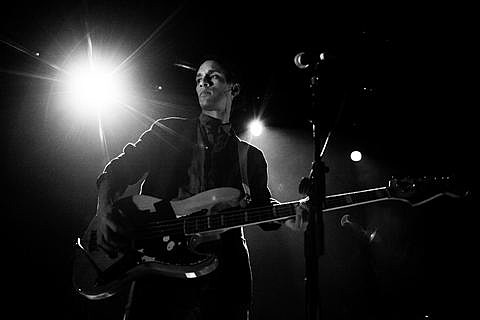 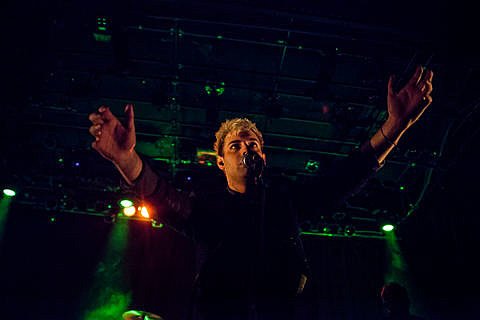 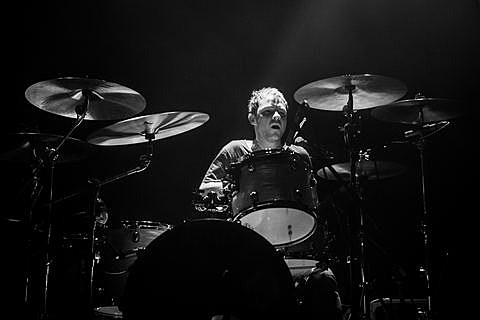 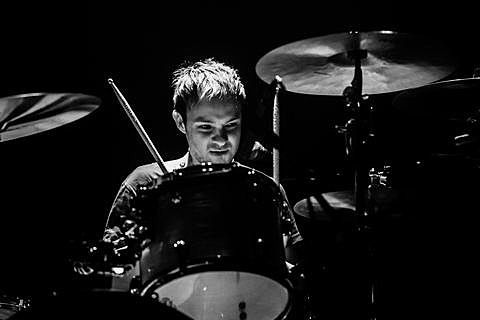 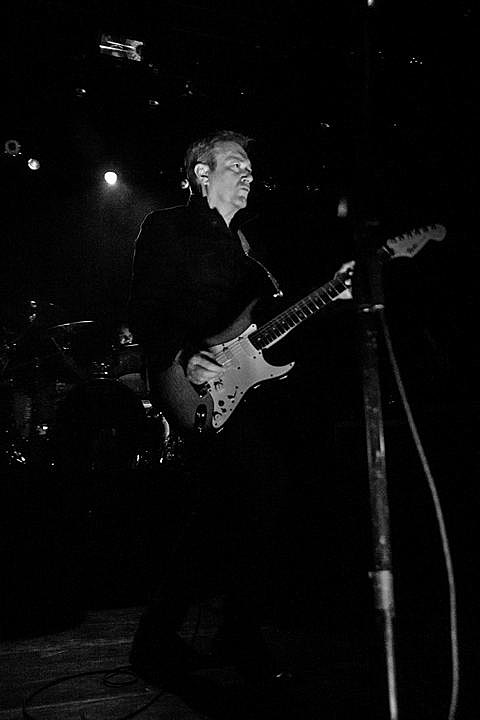 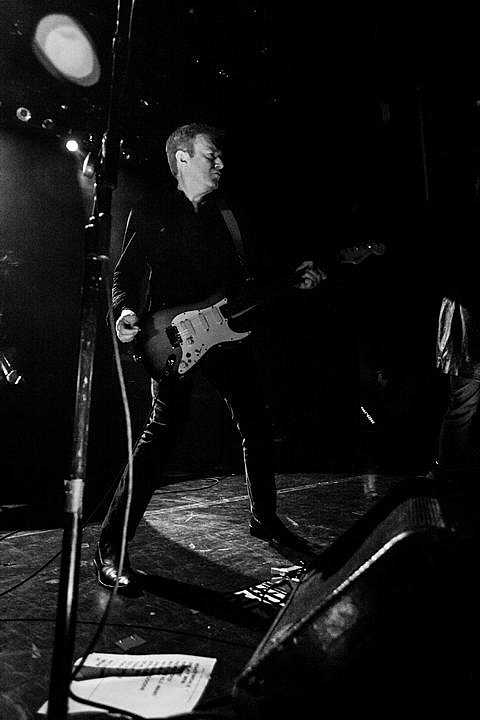 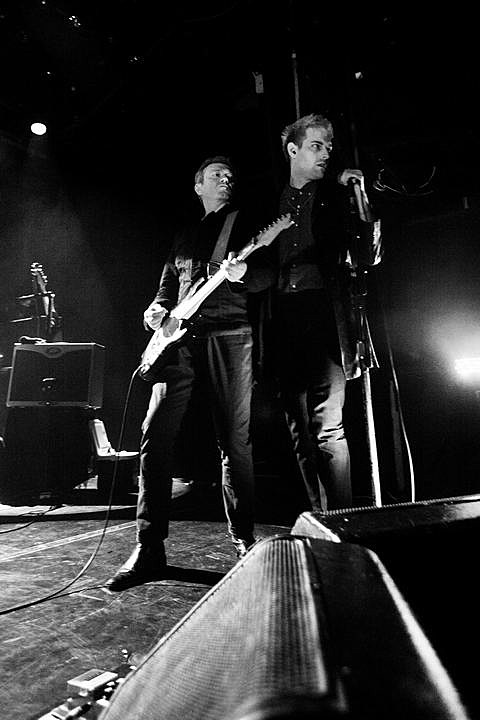 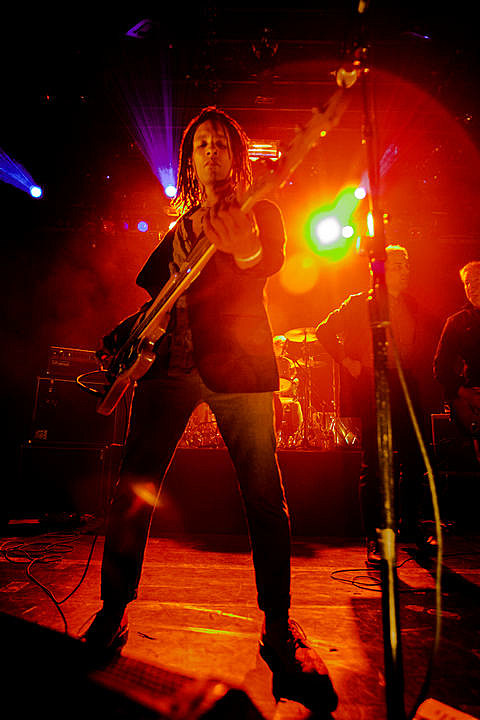 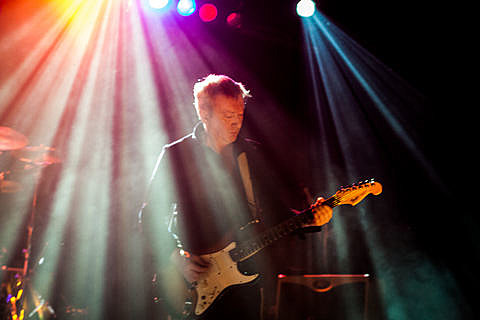 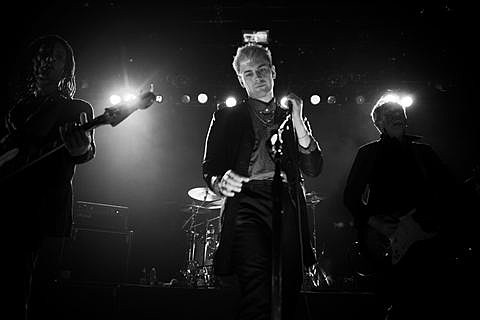 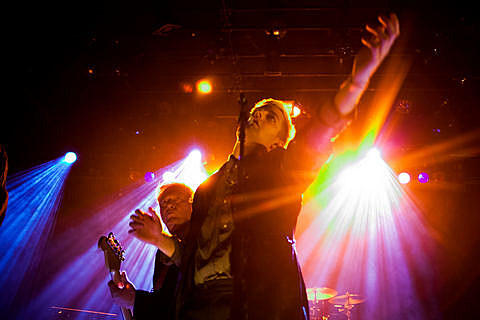 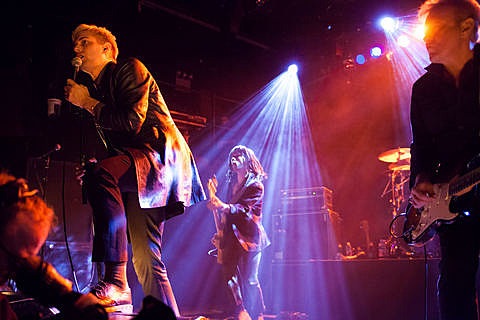 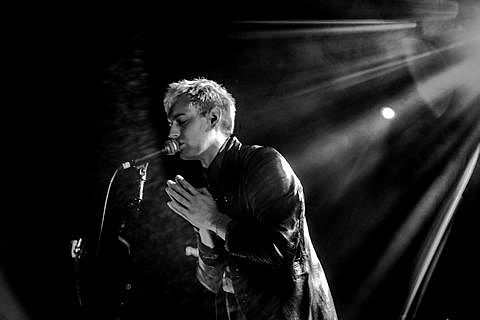 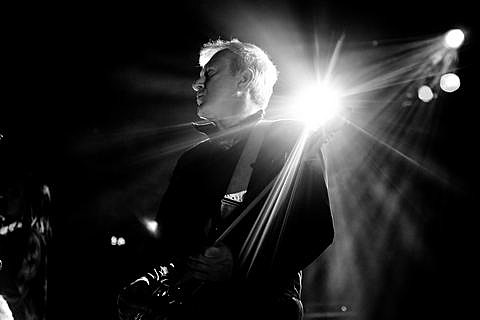 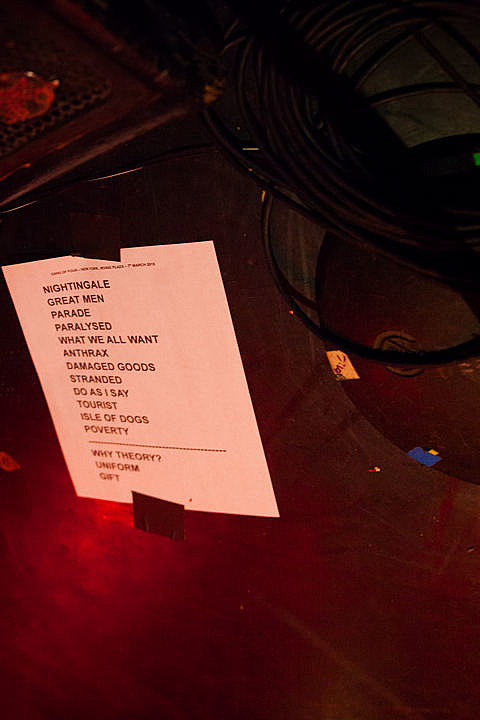 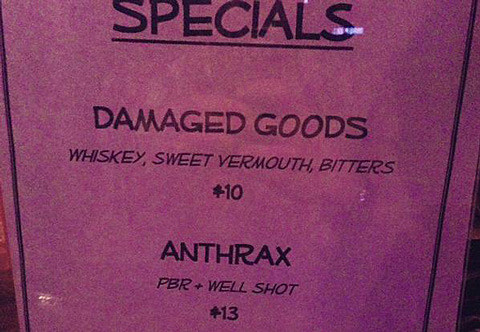 SETLIST: Gang of Four @ Irving Plaza 3/7/2015
Where the Nightingale Sings
Not Great Men
I Parade Myself
Paralysed
What We All Want
Anthrax
Damaged Goods
Stranded
Do As I Say
At Home He's a Tourist
Isle of Dogs
To Hell With Poverty

Encore:
Why Theory?
I Love a Man in Uniform
Return the Gift

Encore 2:
I Found That Essence Rare