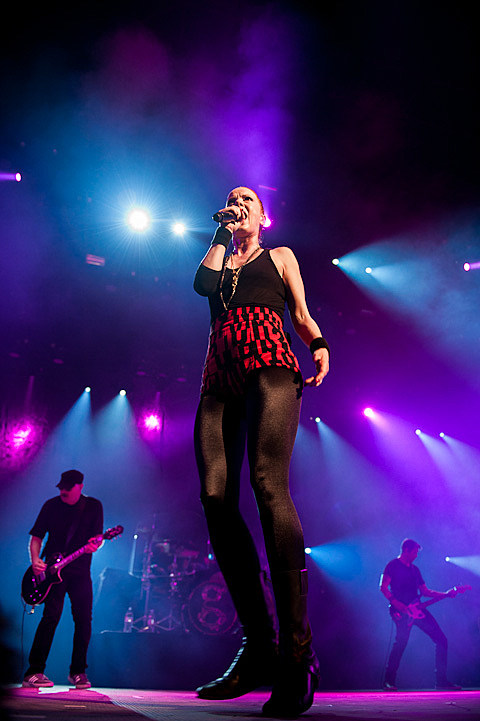 Garbage had a classy comeback year in 2012, releasing Not Your Kind of People, and touring all over the place. And they'll continue to do so in 2013. Shirley Manson and crew have announced plans of a North American tour which includes swing through NYC on March 22 at Terminal 5. Tickets to that show go on sale Friday (2/1) at noon.

The NYC date is one of four that have been announced with 12 more North American shows promised to be revealed soon. All known dates are listed below.