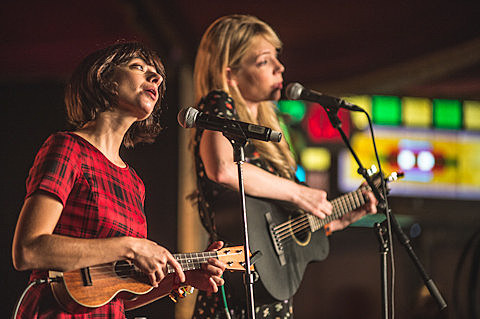 The plots in Garfunkel and Oates are often so great on their own that they don't need the musical interruptions. "Speechless," a funny song about men's sports obsessions, is shoved almost haphazardly into what would otherwise be a wonderful episode about the absurdity of dating. (The central plot involves Riki and Kate seeing how long they can date two men without saying a single world; the results are hilarious.)

This isn't to say that Garfunkel and Oates is bad. In fact, it's quite good, and the strangeness of the show shines throughout the three episodes I viewed. The humor is both absurd and relatable, whether the stars are trying to "fade away" instead of breaking up with someone or are dealing with their porn doppelgangers achieving an overnight level of fame that Riki and Kate could only dream of. Episodes often drift into bits of fantasy, with the leads imagining their agent as a bumbling puppet or pausing during oral sex to sing a song about a poor gag reflex. [Flavorwire]

Garfunkel and Oates, the new comedy show starring and fictitiously based on comedy-folk duo Garfunkel and Oates (aka actress/singers Kate Micucci and Riki Lindhome), premiered on IFC last week (8/7). That's an excerpt of Flavorwire's review above. Did you catch it? What did you think? You can check out a clip of their ode to "the embarrassment of an overactive gag reflex," below.

Garfunkel and Oates the band are currently on tour (dates listed below), having just hit Outside Lands in San Francisco over the weekend. We've got a set of pictures of them from that fest in this post.

The tour hits NYC on August 30 at Irving Plaza and returns to San Francisco on September 27 at Cobbs (for early and late shows). You can still get tickets to most dates on the tour, including both of those shows, and we're giving away a pair of tickets with meet and greet for both NYC and San Francisco (late show).

Contest details, with more Outside Lands pics, dates and that video, below... 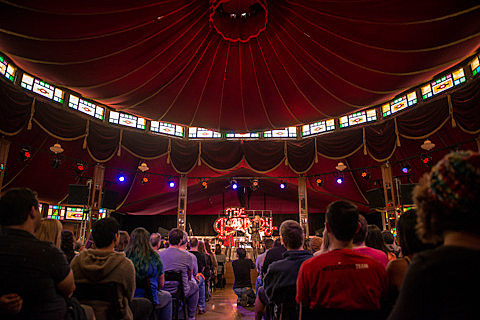 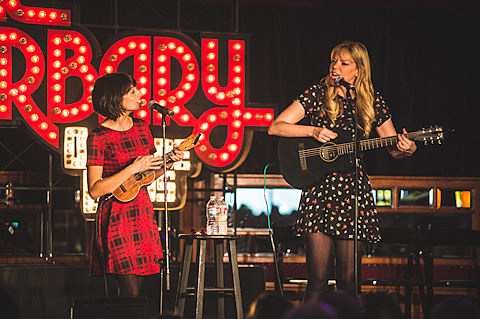 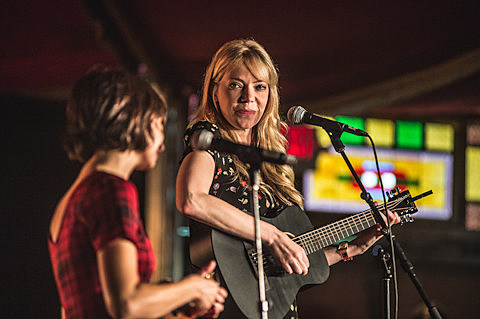 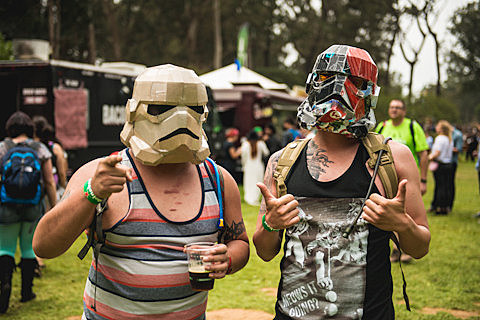