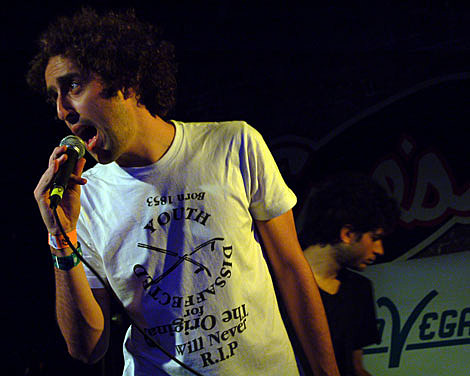 Garotas Suecas played a ton of shows in Austin during SXSW last week. One of their first, if not the first, was at the BrooklynVegan day party at Emo's on Wednesday, March 18th. They kicked off the day of mostly heavy bands - aka they didn't really fit the bill, but as the opener and with people running from venue to venue all day, it didn't really matter.

Despite it being 2pm on a Wednesday in a dark club, there were a few people dancing.

Now back in NYC again, Garotas Suecas share a bill with Golden Triangle (who also played a bunch at SXSW) tonight, March 24th at Mercury Lounge. All tour dates and a few more pictures from the day show, below... 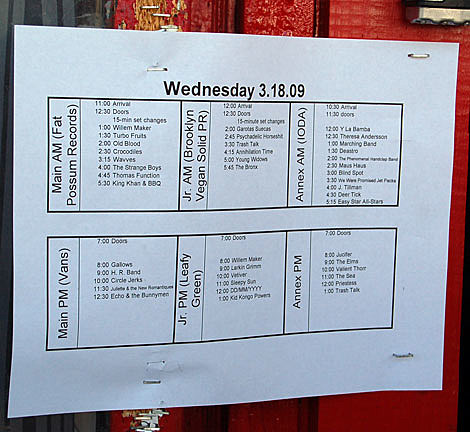 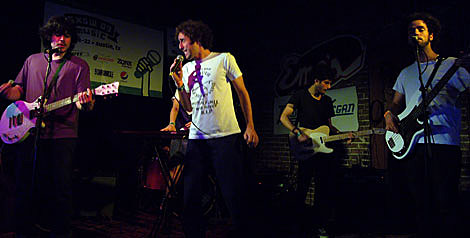 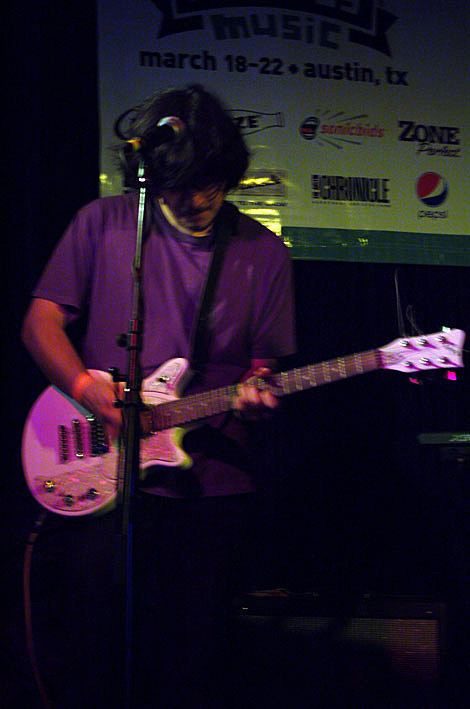