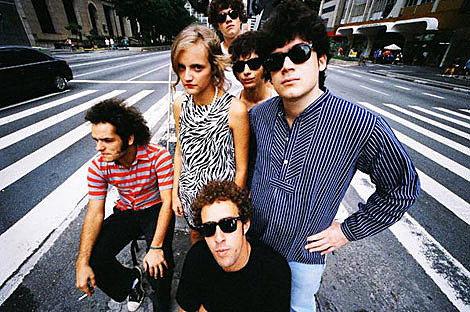 Self described as "soulful jazzy motherfunkas & a motherfunkette" from São Paulo, Brazil, the band Garotas Suecas are currently visiting our country. You can catch them tonight, Saturday January 17th, at Glasslands Gallery (New York Night Train party), and then again this Friday January 23rd at Death By Audio with Golden Triangle, Tall Firs, and Metal Mountains. GS also play The Bugjar in Rochester, and then Vassar College this upcoming week before returning to Brazil. You may have also recently caught them at Cake Shop and/or Zebulon.

Friday's flyer, a video and all dates below... 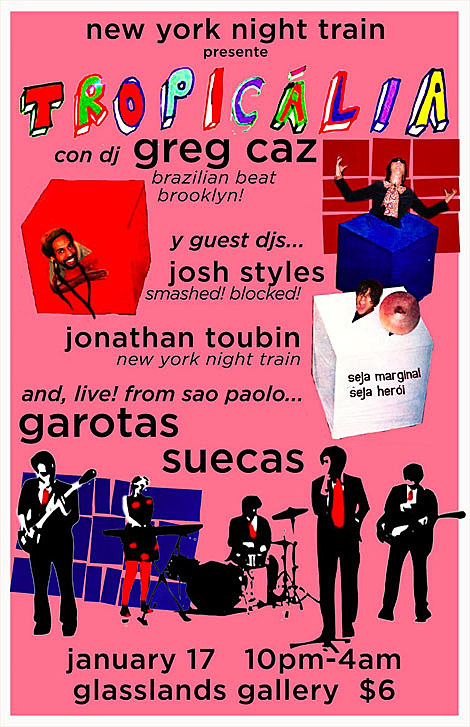