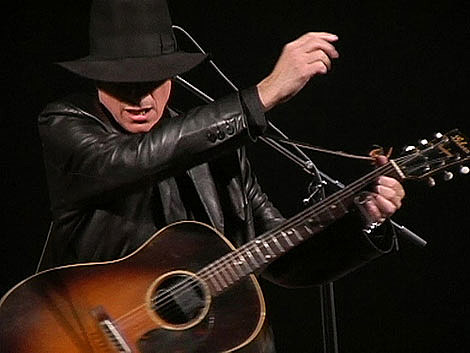 Lucas co-wrote two of the songs, "Grace" and "Mojo Pin", from Jeff Buckley's popular and critically acclaimed album Grace. Early collaborations can also be heard on the recent Jeff Buckley and Gary Lucas album Songs To No One, which charted internationally with worldwide sales approaching 100,000. [Wikipedia]

The show is the first in Dee Pop's returning monthly Freestyle Music Series. According to Dee Pop, who also plays in Radio I-Ching, "Freestyle does not mean Free Jazz. It means free of categories. It doesn't mean anything. It means everything.". The January 21st show will feature Brown Wing Overdrive, Sediment Club, and Mostly Others Do the Killing. The dates after that are February 25, March 25, and April 22 - all at Cake Shop. Check out an Uncle Monk video below...