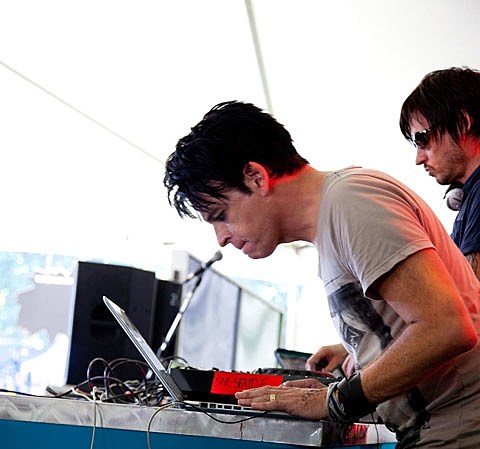 Synthpop/goth legend Gary Numan has had an active 2013 with a new album and tour, and he plans to hit the road again in 2014. He'll be taking out Big Black Delta and Roman Remains (the new project of The Duke Spirit's Liela Moss and Toby Butler) for a North American run in March and April that includes his first-ever appearance at SXSW and a NYC show happening on March 22 at Webster Hall. Tickets for that show go on sale Wednesday (12/18) at noon.

All dates are listed, along with a recent live video and a more classic video, below...