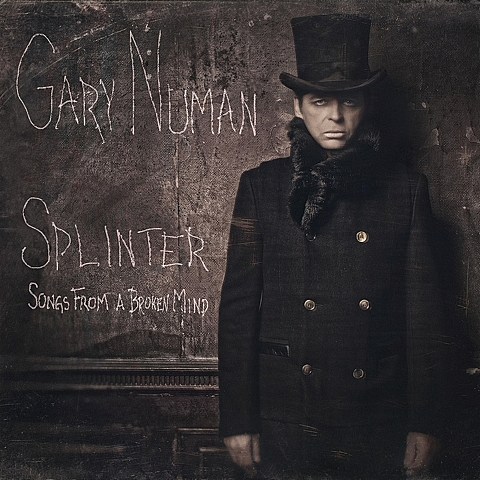 Synthpop/goth legend Gary Numan has a new album and touring plans this year, including a west coast run with Cold Cave (who likely learned a thing or two from those classic Gary Numan records) which he's on now. While he's over there, he'll be coming to this weekend's Bumbershoot Festival in Seattle where in addition to his set he'll stop by the Soundwave tent for a live interview with us on Saturday at 1pm. Come by!
.
Meanwhile, Gary's tour will bring him to the east coast later this year, and he plays NYC on October 29 at Music Hall of Williamsburg. Cold Cave won't be opening that show (they have their own NYC show coming up), but The Color Film, the new-ish project from Glassjaw's Daryl Palumbo, will. Tickets for that show are still available.

We just caught Glassjaw at Music Hall of Williamsburg (pictures), and they also have an upcoming Long Island show (tickets).

As discussed, Gary Numan's new album, Splinter, is due out on October 14 (artwork above), and since we last spoke he's revealed the first single, "I Am Dust." The new album features NIN guitarist Robin Finck (he also plays a couple dates on NIN's tour) and the new song isn't too far removed from their sound. Listen to it, along with an updated list of tour dates and album tracklist, below.