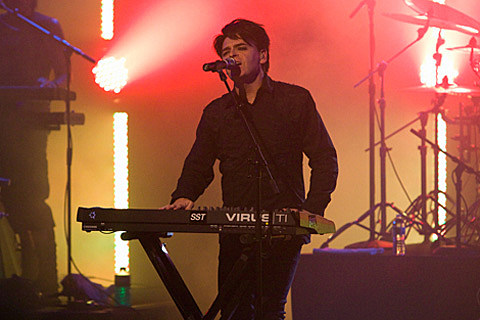 New wave pioneer Gary Numan, who has a handful of influential albums (including 1979's The Pleasure Principle, which contains the track that prompts some people to call him a one hit wonder) and has done cool things in recent years like collaborate with Battles, is going on a North American tour this year surrounding his previously discussed appearances at Bumbershoot and Mountain Oasis. Those dates include a NYC show happening on October 29 at Music Hall of Williamsburg, which is probably going to be a really cool place to see him. Tickets for that show go on sale Friday (5/31) at noon with an AmEx presale starting Wednesday (5/29) at noon. All dates are listed below.

Gary Numan is also set to release his seventeenth studio album this year. The new album is called Splinter, it features Nine Inch Nails guitarist Robin Finck, and it's due out on October 14.

All dates are listed, along with some videos, below...