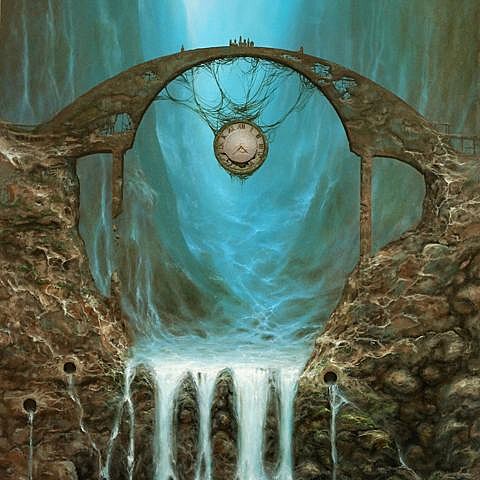 The bombastic electronic music duo Gatekeeper have released a new EP, Young Chronos. If you're familiar with their track record, you will not be surprised to hear that the format for the release is wacky as hell -- it's coming out via USB sticks and a Pirate Bay torrent exclusively. (Which isn't even as weird as they've been before; their 2012 debut LP Exo came with a downloadable/watchable video game.)

Young Chronos is just as loaded with over-the-top Hollywood samples and grandiloquent science-fiction concepts as its predecessor. Its promotional blurb reads like an excerpt from a Wormed lyric sheet:

Gatekeeper are originally from Chicago, but living in NYC now and they've elected to hold their record release show here in Brooklyn, at Saint Vitus on December 9 (12/9). Gatekeeper aren't actually the headliners for this show, oddly. Instead, there's a 'very special guest' topping the bill (perhaps another Chicago act?), to be announced the day before the show (12/8). Supporting bleeps and bloops will come from Vissacoor and Dariius. Tickets are on sale.

The whole Young Chronos EP is streaming at FACT Mag, along with an entertaining interview. You can also hear it below.