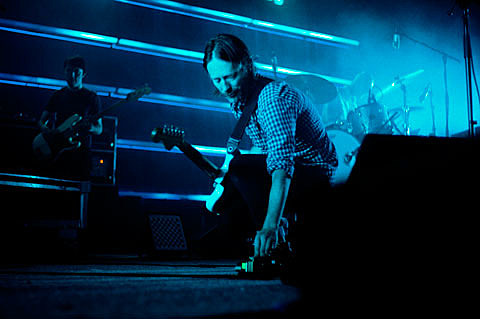 "The Occupy Wall Street protesters camped out in Lower Manhattan's Zuccotti Park are buzzing over a big secret musical guest scheduled to play this afternoon at around 4pm. We hear that it's Radiohead, who are in New York for a couple concerts.

It makes sense: Radiohead's lead singer Thom Yorke has a history of lefty anti-globalization protest. What do you think: Are the millionaires from Radiohead authentic enough to be the bards of revolution?" [Gawker]

What would Stephen Colbert think?

UPDATE 2: Occupy Wall Street says it's happening on their own website!

Deer Tick play a free show to bring awareness to some of what's going on down at Wall Street, on Monday in Brooklyn.