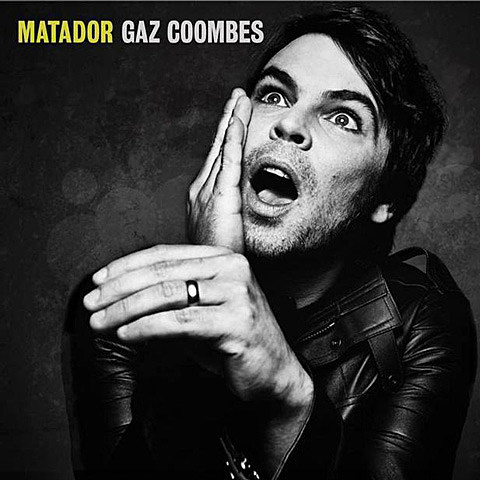 Have started Supergrass when he was 16, Gaz Coombes has 22 years in the music biz under is belt and has yet to hit 40. (He'll be 39 in March.) Gaz is set to release his second solo album, Matador, on January 26. He made the record at his home studio, playing everything himself. Like recent solo works by Thom Yorke and Damon Albarn, Matador mixes downtempo electronics and moody soundscapes but filtered through Gaz's glammy leanings and pop sensibilities. The record just recieved 5/5 stars in the new issue of MOJO. You can check out first single "20/20" and snippets from the whole album below.

Gaz also sings lead on "Spooks" from the Inherent Vice soundtrack, a song that was, at one point, intended for Radiohead but repurposed by Jonny Greenwood. No word on an official U.S. release for Matador or North American tour dates but Coombes does have UK/European dates and those are listed below.