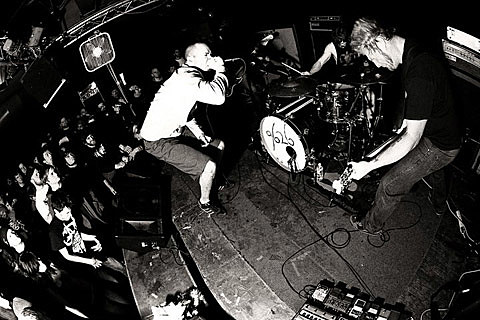 Salt Lake City band Gaza's reign of terror -- fought with a molotov cocktail of hardcore, sludge, math, and grind -- has a new weapon, a forthcoming set of unholy hymns entitled No Absolutes in Human Suffering. The LP is due via Black Market Activities on July 31st, and you can check out "Mostly Hair & Bones" below, the first song to emerge from that record. If you want to see how deep the rabbit hole goes, make sure to swing by their Facebook page for the lyrics to the song.

As mentioned, Gaza will hit the road with Black Cobra later this month for a tour which brings the two bands to NYC on June 25 at Saint Vitus. Tickets for that show are still available. Corrosion of Conformity and Torche are on some of the dates too, but won't be at the Saint Vitus show.

A list of all dates and the "Mostly Hair & Bones" stream below...