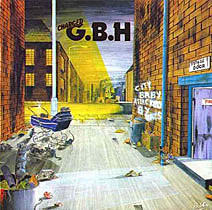 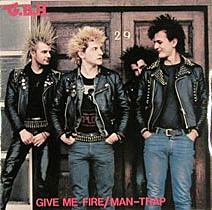 UK82 godfathers GBH (not to be confused with the NYC club promoters with the same name) are on a full US tour that includes stints on the Warped Tour and a date at Irving Plaza on September 10th with Austin's Krum Bums (tickets are on sale). GBH's lineup includes original members Colin "Col" Abrahall on Vocals and Colin "Jock" Blyth on guitar, as well as Ross Lomas on bass and Scott Preece behind the kit.

In related news, Crusties Discharge have a new album on the way, while fellow Crust legends Amebix recently reunited and have a DVD on the way. All GBH tour dates below...