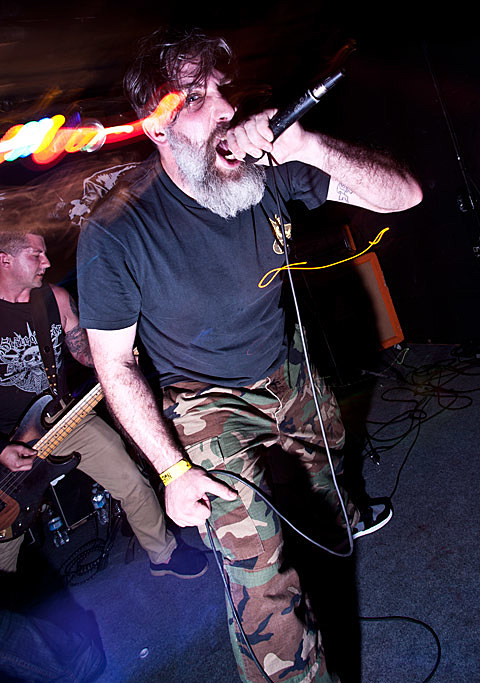 Good news/bad news situation here. Bad news? Radiation Blackbody has dropped off the previously discussed Catharsis show at Acheron on January 19. The good news? They've been replaced...... by GEHENNA. That's right, the infamous ones will team with their old split-mates to bring their nihilistic black-metal-induced hardcore back to NYC. The band will join Deathcycle (reunion) and Withdrawal for a whopper of a show that will follow ANOTHER whopper of a show the same day, the previously-mentioned late matinee with Vile Gash, Society Nurse, Slices (who released one of my favorite LPs of last year, this is their final NYC appearance!) and Believer/Law. Tickets are on sale for Catharsis/Gehenna, Vile Gash, or both together.

Of course Gehenna is on the East Coast to play A389 in Baltimore that weekend. Though advance tickets for the shows are sold-out, most of the bands will ALSO play pre-shows/matinees that have tickets at the door.

Catharsis's dates have grown since we last spoke, blossoming into an East Coast tour. All Catharsis dates and Gehenna video are listed below.