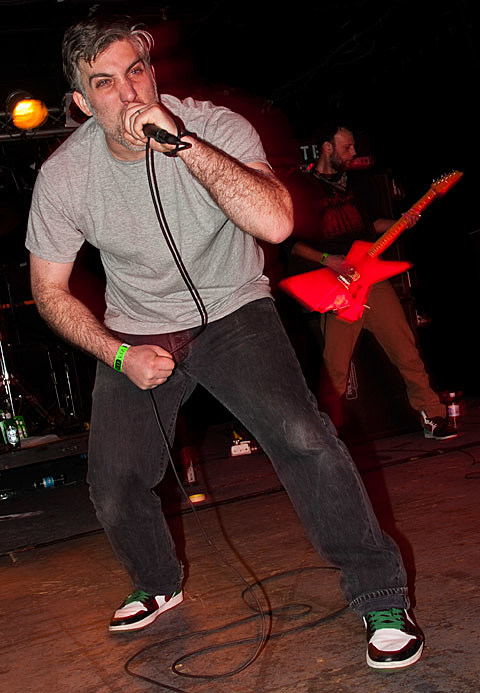 Joining "The Infamous" Gehenna in NYC will be DC death-doomers Ilsa, NYC's Psychic Limb and North Carolina's Young and In The Way (who played the BV/Power of The Riff SXSW Showcase), as part of a rare weekend for the latter. $10 gets you into the show.

Ilsa is preparing to release the new Intoxicantation 12" via A389 Records and you can get the first song to appear from that release, "Deadbeat's Ballad", for free on their recent label sampler. The sampler also has new material from the likes of Sick Fix, Homewrecker, Seven Sisters of Sleep, Vilipend, and many many more.

Speaking of Vilipend, look for the Canadian band to release their new LP Inamorata (which features "Cutting Heartstrings" on that comp) in the coming months. The band has a few tour dates as well, including a pair of stops in NYC: June 9th at ABC No Rio with Hivesmasher, Ramlord and Dead//Beat and August 20th at Lit Lounge.