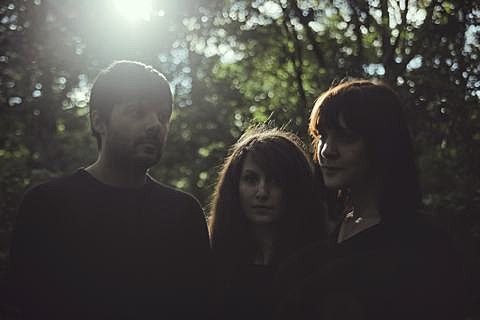 Boston's Gem Club released their second album, In Roses, this week via Hardly Art. Main man Christopher Barnes made the record at John Vanderslice's Tiny Telephone Studios in San Francisco with collaborators Kristen Drymala (cello) and Ieva Berberian (vocals). It's a lovely record, pastoral, quietly beautiful and maybe owing just a little to Eno's ambient works. You can download a couple tracks off the record above or stream them below, and you can listen to the whole thing via Rdio.

Folks in the Northeast can see them live too as Gem Club are playing a few shows this weekend, including Sunday (2/2) at Mercury Lounge with Ricky Eat Acid, and Foxes in Fiction. Yes that's Super Bowl Sunday. (Tough gig.) Tickets are available. They'll also be sticking around the city to perform live on WNYC on Tuesday (2/4) at 2 PM EST. UPDATE: Radio performance was canceled unfortunately.

All Gem Club dates are listed, with those streams, below...