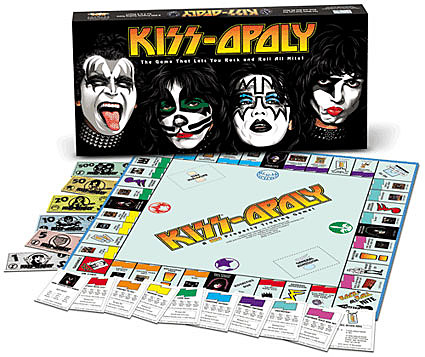 Billboard: IT HAS BEEN NINE YEARS SINCE WE'VE SEEN A NEW KISS ALBUM. ANY PLANS TO GET BACK INTO THE STUDIO?

Gene Simmons: The record industry is in such a mess. I called for what it was when college kids first started download music for free -- that they were crooks. I told every record label I spoke with that they just lit the fuse to their own bomb that was going to explode from under them and put them on the street.

There is nothing in me that wants to go in there and do new music. How are you going to deliver it? How are you going to get paid for it if people can just get it for free? I will be putting out a Gene Simmons box set called "Monster" -- a collection of 150 unreleased songs. KISS will have another box set of unreleased music in the next year.

The record industry doesn't have a f---ing clue how to make money. It's only their fault for letting foxes get into the henhouse and then wondering why there's no eggs or chickens. Every little college kid, every freshly-scrubbed little kid's face should have been sued off the face of the earth. They should have taken their houses and cars and nipped it right there in the beginning. Those kids are putting 100,000 to a million people out of work. How can you pick on them? They've got freckles. That's a crook. He may as well be wearing a bandit's mask.

Doesn't affect me. But imagine being a new band with dreams of getting on stage and putting out your own record. Forget it.

BUT SOME ARTISTS LIKE RADIOHEAD AND TRENT REZNOR ARE TRYING TO FIND A NEW BUSINESS MODEL.

Radiohead is releasing their album on ATO Records in the U.S. on January 2nd.