Aaron and the rest of FREEMAN, the band 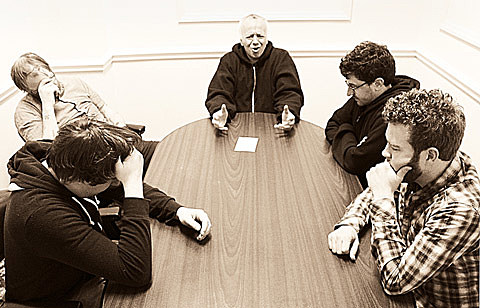 Aaron Freeman no longer goes by Gene Ween but he has not stopped making music. Following 2012's Marvelous Clouds , which used lyrics by Rod McKuen, he's now set to release his first album of original material which will be out July 22. Now sober and now going by FREEMAN, he says of the album, "I want this record to pay homage to Ween. These are the same songs I would've written in Ween --- except without Mickey."

The first song from the album, "(For A While) I Couldn't Play My Guitar Like A Man," was just released, for real, via Jack Black's Facebook. You can stream it below.

All dates are listed, along with the new track stream, below...