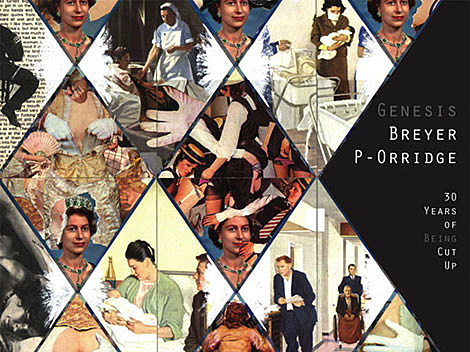 GENESIS BREYER P-ORRIDGE | 30 YEARS OF BEING CUT UP

"30 Years of Being Cut Up" is a three decade retrospective of photomontage and Expanded Polaroids, which includes many works never exhibited before, as well as a sampling of P-Orridge's early Mail Art. The show will mark the culmination of a new, re-emergent phase in BREYER P-ORRIDGE's life. He/r career -- and most particularly he/r recent pursuit of pandrogyny -- tests the limits of transgression and traces the tragic fate of the underground, proving again the expressive power and pervasive influence of those artists who take the world not as it comes to them -- sensible, orthodox, predictable -- but as they would like it to be.

The exhibit is running now and up through October 18th at Invisible Exports (14A Orchard St). A few more details are below.

P-Orridge will be on the road with Psychic TV this fall, with European dates in September and November. Before that, s/he plays with Thee Majesty on the first night of Santos' Musicka Mystica Festival which runs on September 21st and 22nd.

Back in April, Genesis got back together with he/r old band Throbbing Gristle to play a bunch of shows. That included a major festival and three in NYC - April 16th at Brooklyn Masonic Temple, April 17th at Le Poisson Rouge, April 19th at Coachella, and then again back at the Masonic Temple on April 28th. In light of all the coverage we were giving them at the time, I let our set of pictures from that final show go unposted. I even had something written that included mention of the crazy, voluptous, pierced and topless lady in the balcony who you can see from afar, while she still had her bra on, in one of Lori's pictures that are, now finally, below (you can literally say I saved them for a rainy day).

All upcoming Psychic TV tour dates (with a radio session clip from last year), and more info on the art show, are below too... 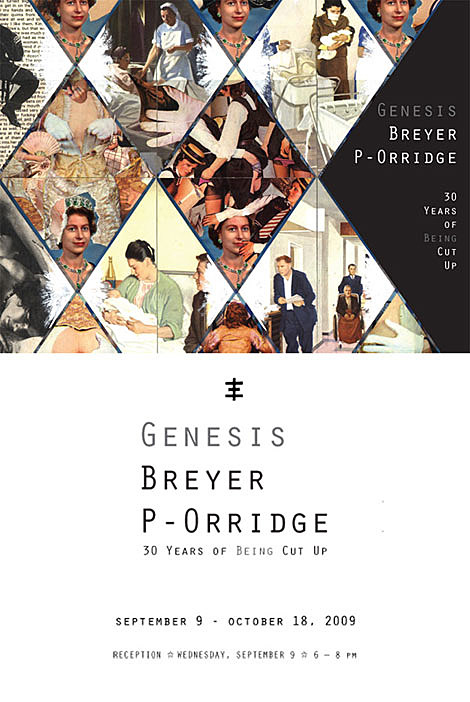 INVISIBLE-EXPORTS is a gallery dedicated to superior conceptual work. IE is located in the Lower
East Side, at 14A Orchard Street, just north of Canal. The hours are Wednesday through Sunday, 11-
6:30pm, and by appointment. 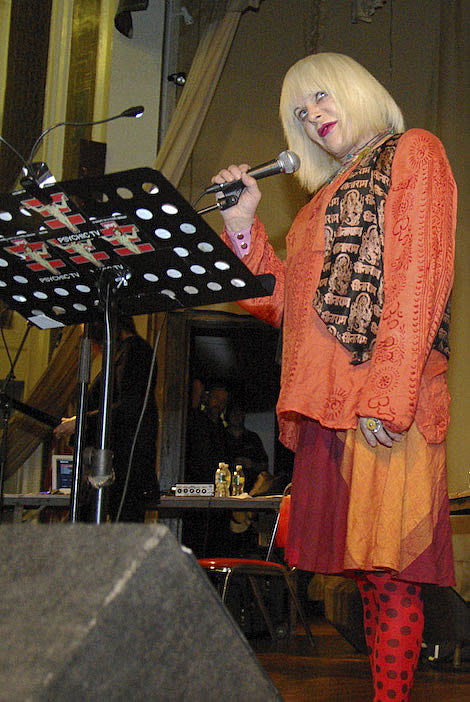 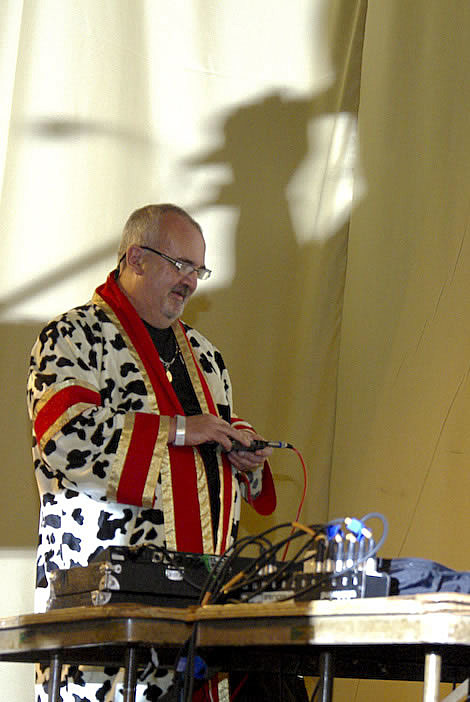 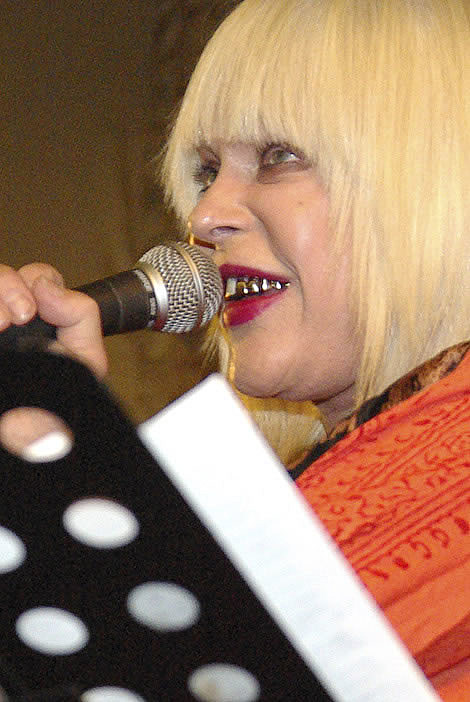 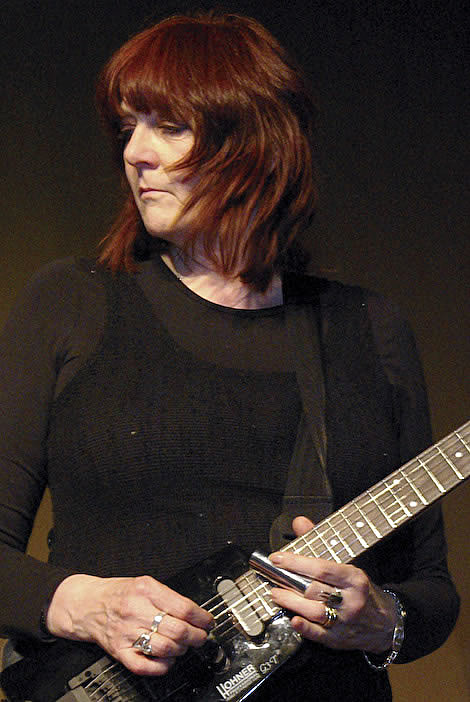 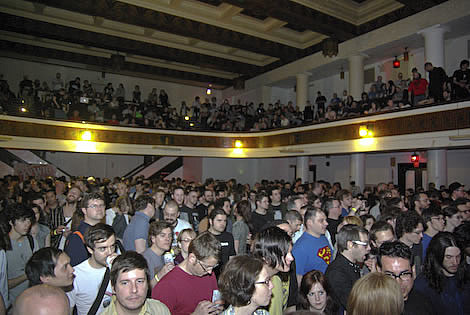 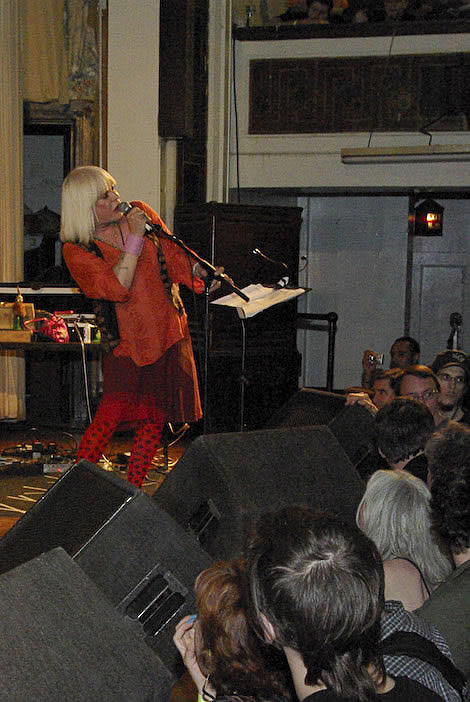 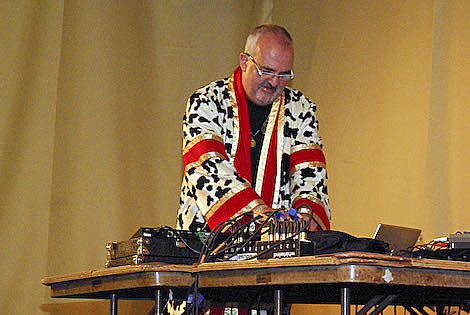 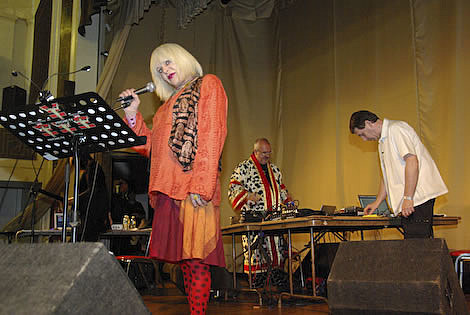 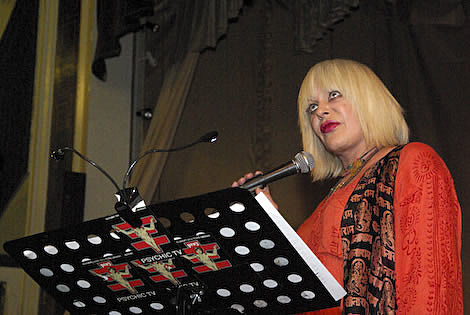 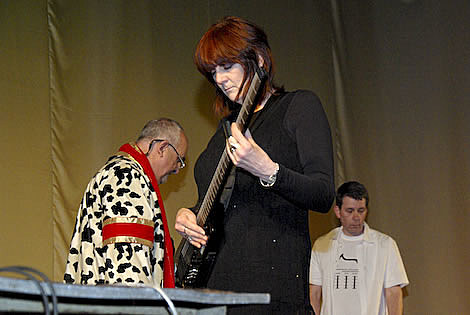 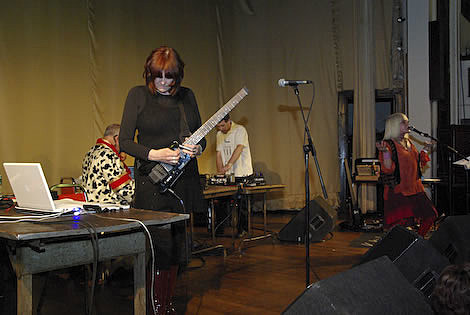 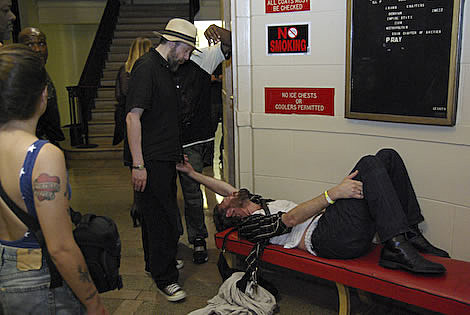 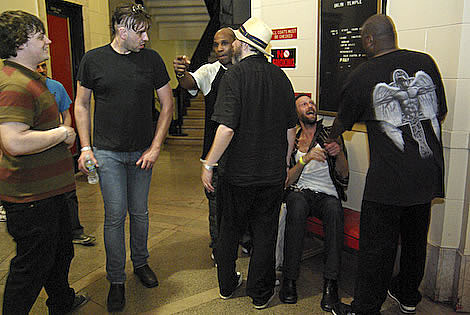 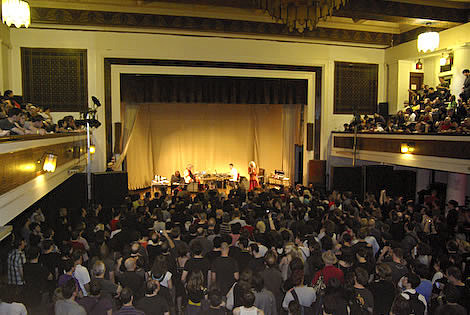 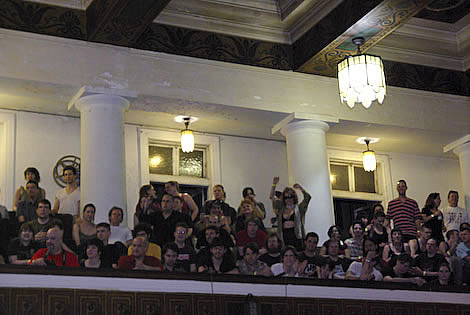 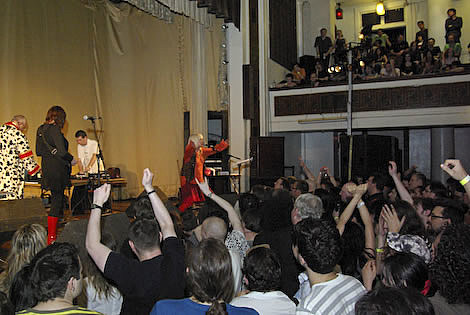 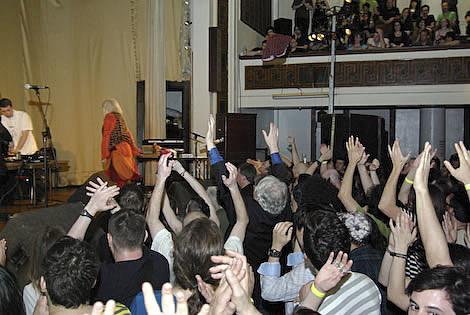 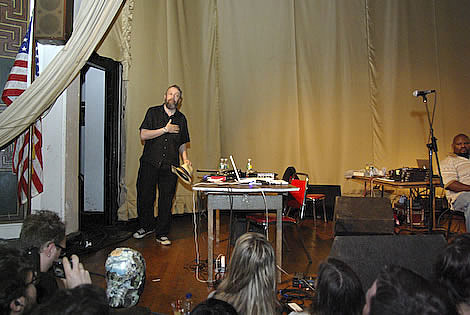 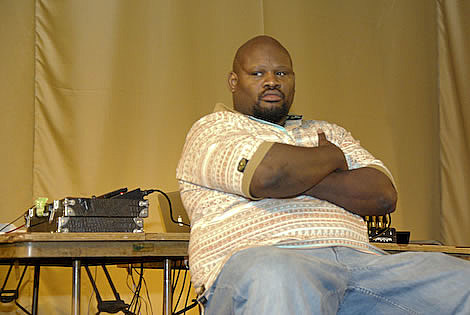 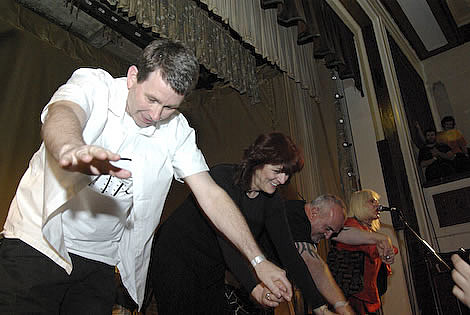 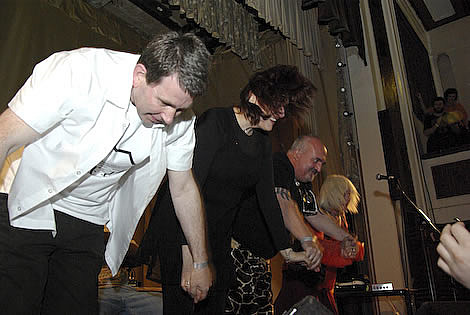 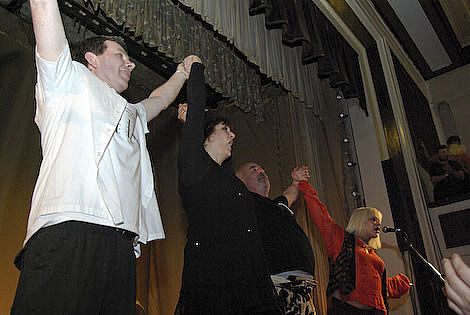 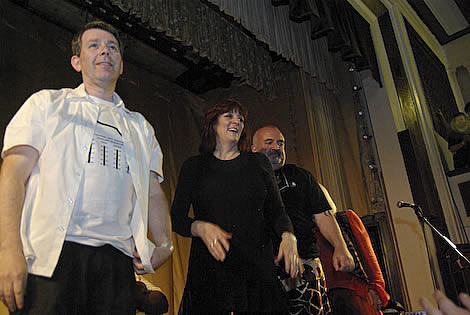 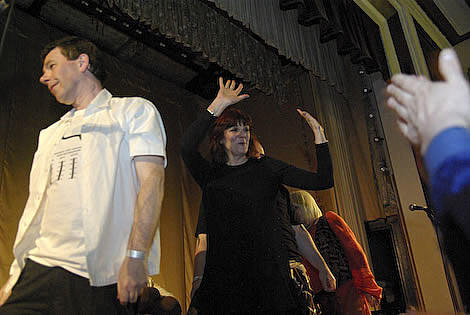 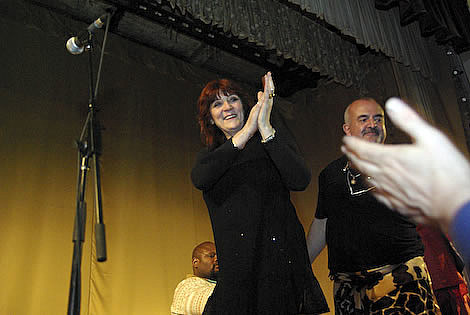 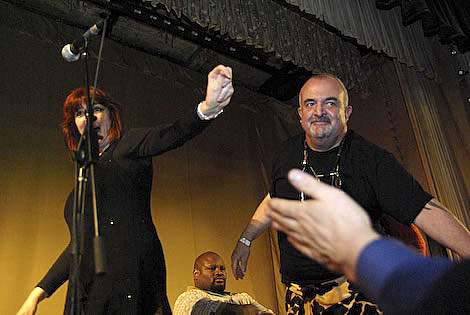 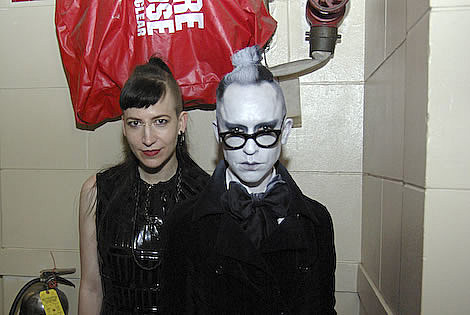