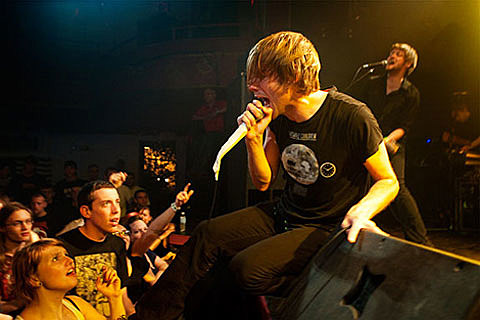 The early '00s emo scene gets a lot of hate, a good deal of which is arguably deserved, but as with many hated music trends, there's a few gems that stick out and over ten years after their prime remain wildly influential. It's no secret that I'm a supporter of Thursday and their frontman Geoff Rickly's recent solo work. Plus, when Taking Back Sunday played Tell All Your Friends on tour last year, I wrote about the album's lasting impact for kids who were at impressionable stages of their life when they first heard it.

Those bands were both on Victory Records at the same time (and both expressed issues with the label), shared a producer, and have toured together before. So it might not be a surprising announcement, but it's a pretty welcome one that Geoff Rickly and John Nolan (who was a big reason Tell All Your Friends was so great, and left TBS after that record to front the relatively underrated Straylight Run) are going on a solo tour together this May. The tour kicks off in Brooklyn at the small, mostly-metal venue Saint Vitus on May 10, and for two frontmen who both had solid runs in bands on MTV, that's a pretty cool place to see them. Tickets are not on sale yet for the Brooklyn show but you can check Ticketfly for updates.

All dates are listed, along with the tour flyer and song streams of Geoff and John's solo material, below... 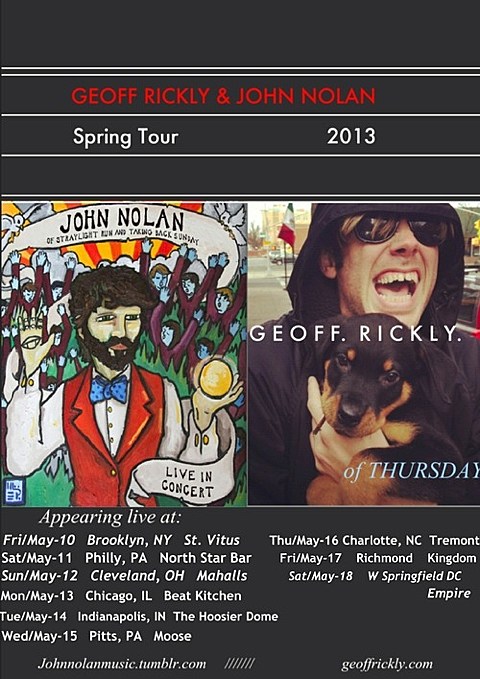