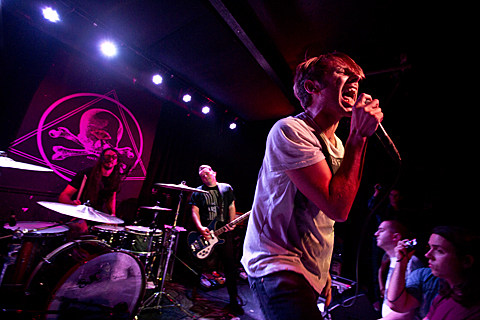 Geoff Rickly's had a busy year with a new United Nations album and two singles with his band No Devotion. He's already set to kick off next year in style with a one-off solo show in Atlantic City on January 3, the first Saturday of 2015, at the Dante Hall Theater of The Arts. Opening that show is I Am the Avalanche/Movielife singer Vinnie Caruana and Back and Forth singer Matty Carlock. Tickets are on sale now, and there's a complimentary afterparty for the 21+ at The Boneyard. Show flyer below.

Vinnie Caruana has a few other solo appearances in the area, including The Studio at Webster Hall with John Nolan on 12/29 (tickets), and opening the NYC stop of Motion City Soundtrack's Commit This to Memory tour along with the ex-Passion Pit power poppers Team Spirit. He's also on the Boston and Silver Spring stops and you can still get tickets to all three.

A few days before the Webster show his band I Am the Avalanche plays a previously discussed NYC one-off at MHOW on Friday, December 26. Since we last spoke, it's been announced that IATA will be joined by the great newer Long Island punk band Iron Chic and The Gaslight Anthem's pals The Scandals. Tickets for that show are on sale now.

Iron Chic also have a new split 7" with Low Culture (mems The Marked Men) on Dead Broke (Mike from Iron Chic's label) and Dirt Cult (Chris from Low Culture's label). Check out a stream of each band from that split (via Noisey) below... 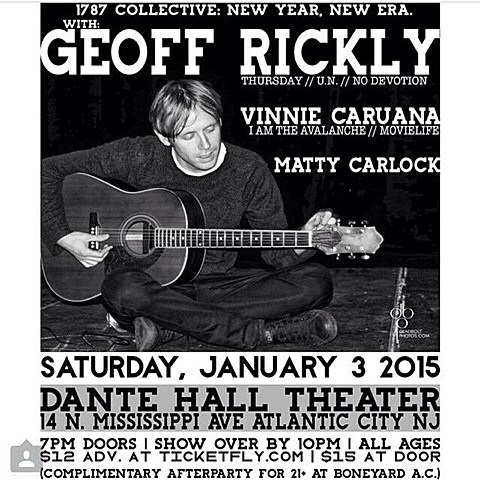