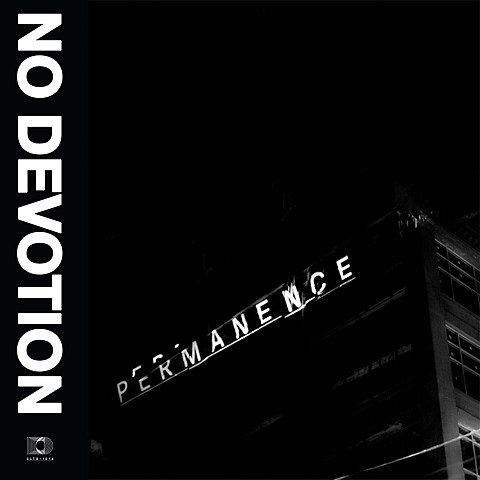 No Devotion, one of the current bands of former Thursday frontman Geoff Rickly, have finally announced their debut album. It's called Permanence and will be available on September 25 via Geoff's label, Collect Records. It features previous singles "10,000 Summers, "Stay" and "Eyeshadow," plus new song "Death Rattle" which you can preview in the album trailer below. The band was formed by Geoff and members of Lostprophets, but drummer Luke Johnson left the band last year and the album was finished with former Bloc Party drummer Matt Tong.

It was produced by Stuart Richardson and Alex Newport (who's also worked with Bloc Party), and mixed by Thursday (and Flaming Lips) collaborator Dave Fridmann. Pre-orders will be available soon. Check out the tracklist and listen to the singles, below. Artwork above.

Geoff's other band United Nations recently wrapped up a tour with Modern Life Is War, which hit NYC earlier this month.