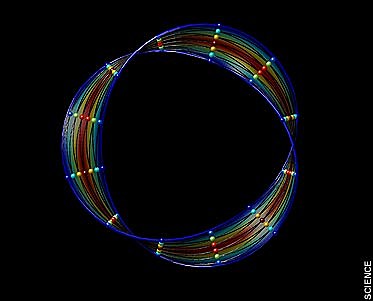 Following a pioneernig effort by Prof Tymoczko in 2006, the trio has now outlined a method called "geometrical music theory" in the journal Science that they say can turn music into shapes.

"To me," Prof Tymoczko says "the most satisfying aspect of this research is that we can now see that there is a logical structure linking many, many different musical concepts. To some extent, we can represent the history of music as a long process of exploring different symmetries and different geometries."