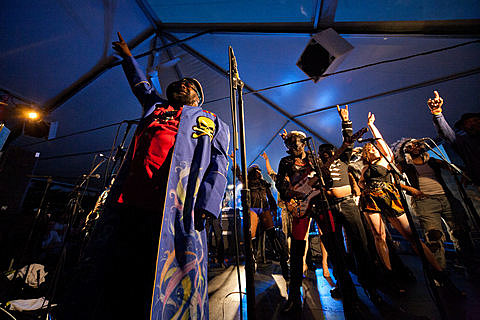 The great George Clinton and his legendary psychedelic soul/funk collective Parliament Funkadelic have some dates coming up including a three-night run in the Northeast this Thanksgiving weekend. It kicks off in NYC on Friday (11/28) at BB King's and continues in New Haven on Saturday and Baltimore on Sunday. Tickets for the NYC show, which will have DJ Red Alert on the boards, are on sale now.

All upcoming dates are listed, with some of their mind and ass-freeing music, below...