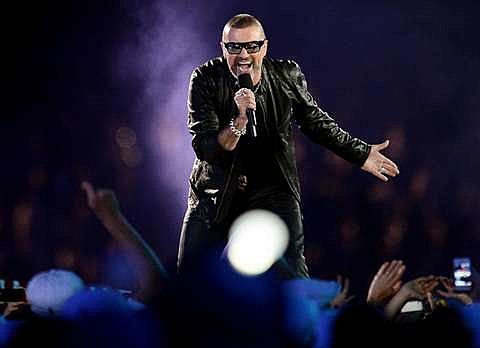 While Kate Bush didn't perform in the London Olympics Closing Ceremonies segment that "Running Up That Hill" was used in (that was cut from the U.S. telecast), NBC did cut a few actual live performances from it, including The Who closing out the whole thing with "Baba O'Riley," "See Me, Feel Me/Listening To You" and "My Generation." (Yet they left in Kaiser Chiefs doing "Pinball Wizard"!). The Who was not deemed as important as letting the world see the first episode of some new sitcom. NBC also cut Ray Davies doing Kinks classic "Waterloo Sunset" and Muse who wrote "Survival," the official song for the London Olympics.

What we did get: a Spice Girls reuinon where Posh, Sporty and the rest of them mostly rode around the track in separate Bentleys; Beady Eye doing "Wonderwall" (Noel must've loved that); Annie Lennox doing "Little Bird"; Eric Idle singing Life of Brian's "Always Look on the Bright Side of Life"; Russell Brand singing "Pure Imagination from Willy Wonka and "I Am the Walrus"; current popstars One Direction and Jessie J, the latter of whom also sang "We Will Rock You" with Queen; Fatboy Slim in a giant inflatable octopus; Pet Shop Boys doing "West End Girls," Madness hoarsely performing "Our House"; and Ed Sheeran with Pink Floyd's Nick Mason and Genesis' Mike Rutherford for "Wish You Were Here."

The highlight, at least with the crowd I watched it with, was George Michael in his first live performance after a life-threatening bout with pneumonia last year. He still had the moves on "Freedom 90," though it seemed a missed opportunity by the ceremonies producers not to have the iconic video's co-stars Kate Moss and Naomi Campbell come out for it, as they were paraded around in a segment set to Bowie's "Fashion" early in the program. NBC cut (maybe not so unkind) the performance of Michael's new single "White Light" which you can watch the video for below that does feature Moss.

After the Closing Ceremonies, Blur performed in Hyde Park with New Order, The Specials and Bombay Bicycle Club and we'll have pictures from that show soon.