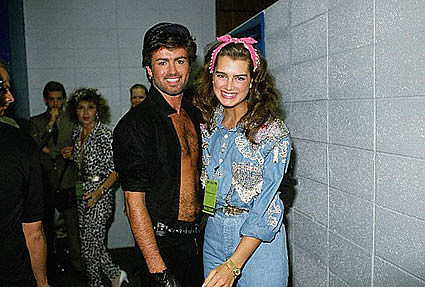 When a usually reliable source told me that George Michael was going to play two nights at Madison Square Garden this summer, I believed him, but not enough to go ahead and post it before I heard knew it was really true. Now that it's confirmed, I'm still a little amazed. Coming here to support his "new retrospective record", it will be George's first North American tour in 17 years. All dates below.....

After performing 80 shows in 12 European countries for a staggering 1.3 million fans over the past year alone, legendary superstar George Michael will be bringing his smash 25 LIVE tour to North American Arenas in the summer of 2008 in support of his new retrospective record. This will be Michael's first North American tour in 17 years. George Michael will return to Madison Square Garden playing two shows on July 21st and July 23rd. Tickets will be available beginning SATURDAY, APRIL 5th At 10am..

Tickets can be purchased at select ticketmaster outlets, online at www.livenation.com and www.ticketmaster.com. To charge-by-phone call 212.307.7171 or 866.448.7849. Tickets will be available at the Madison Square Garden box office beginning Tuesday, April 8th.