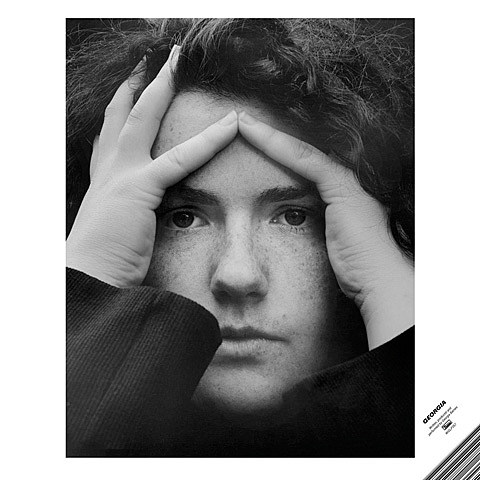 UK artist Georgia will release her self-titled album this Friday via Domino. It's a funky, eclectic record brimming with ideas and defies easy categorization. You can stream the whole thing right now below.

Georgia is currently in NYC for a few shows this week. She opened for Hot Chip's very intimate show at Baby's All Right last night (8/3). So intimate, in fact, that with all of Hot Chip's gear there was little room to move, let alone make room for Georgia and her band's stuff. She instead played two songs solo with a small drum kit that managed to wedge in between all the other equipment on stage. you could barely see her, except when she held a drumstick aloft. She did not lack for energy, though, and the two songs definitely made me want to see more. We'll have pics from the Baby's show soon.

There are still two chances to hear more from Georgia live. She opens for Hot Chip again tonight (8/4) at Webster Hall which is sold out, but she'll be back at Baby's on Thursday (8/6) for a full show that also has Ricky Eat Acid, and The Range (who'll play after Georgia), plus Samantha Urbani on DJ duty. Originally a ticketed show, it's now free. Flyer for the show is below. 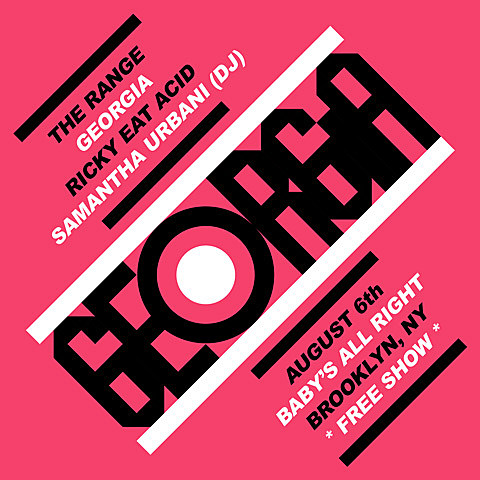