"Georgie James are a two-piece indie pop/rock group from Washington D.C. featuring John Davis (formerly of Q and Not U) and Laura Burhenn." [Wiki] 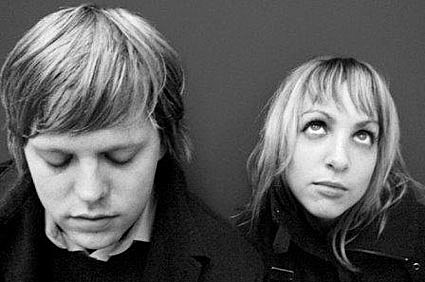 We're happy to say that we've signed with Saddle Creek and that they'll be issuing our debut record, Places, sometime in September or October. We'll have a release date pretty soon. We're also going to be touring the U.S. and Europe for most of the fall, so we'll have dates posted for that later in the summer. In the meantime, we're playing some regional shows over the next few months and we still have some copies of the "Need Your Needs" single left. You can get that from dischord.com in the "Stuff We Sell" section, if you're interested.

They play Mercury Lounge in NYC with (the) Mary Timony (band) on June 14th. All tour dates below....