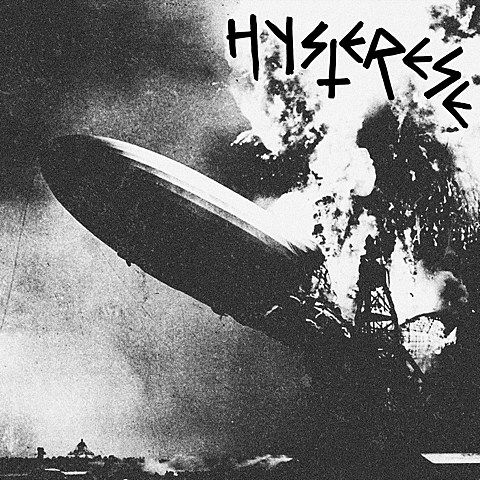 Germany's Hysterese have been around for about five years and have two albums out so far, one from 2013 and another from 2014 (both are self titled). The latter got a North American release through Dirt Cult Records, the same label who gave us other cool stuff like Big Dick and the Iron Chic / Low Culture split. You could accurately call them pop punk, but only in the same way you'd call The Marked Men or Tenement that. It's punchy and catchy, but it's also raw and has a dark side. They've got different vocalists bouncing off each other, kinda the way Dillinger Four or Hot Water Music do, but the chord progressions are more Bauhaus than HWM or D4. Stream both albums below.

According to Hysterese's past show archive, they've yet to make it over to the US, but that will finally change this June. The tour begins in Brooklyn on June 5 at The Place (259 Norman Ave) with locals Pleasure Industry and The Brass (mem Creeping Dose). That show starts at 8 PM, is $8 at the door, and all ages.

Some dates are still being confirmed, but Hysterese's current US tour schedule is below...