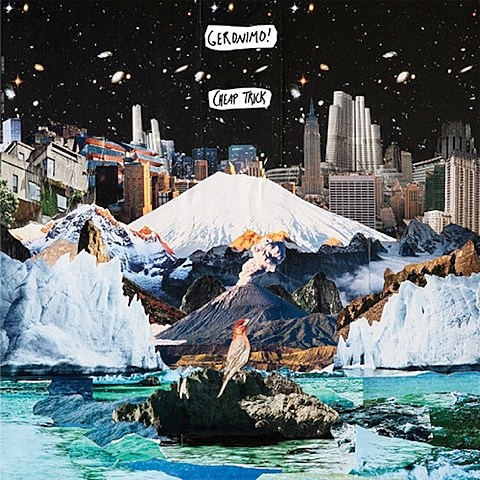 Geronimo!, a regular in the Chicago indie rock scene, are set to release their new album, Cheap Trick, on May 13 via Exploding In Sound Records (Porches, Krill). They've just unveiled its first single, the shouty, noisy rocker "Mr. President," which you can stream below. That's the album artwork above.

The band will be going on a tour around its release, which brings them to NYC for shows on May 9 at Shea Stadium with Purling Hiss, Lost Boy?, Vulture Shit (who also play NYC tonight [3/21]), and bbigpigg; and May 10 at Death by Audio with Ovlov, Dead Wives and LVL UP. Those are both some pretty solid lineups. All dates are listed below.

In related news, Dead Wives, the project fronted by Speedy Ortiz drummer Mike Falcone, released their new cassette, Buzzy Fuzzy, this week (3/18) via ObscureMe Records. It features covers of Ween's "Don't Sweat It" and Nicki Minaj's "Beez in the Trap," plus six originals that should appeal to fans of Mike's other band. Stream the whole tape below. And if you haven't yet, check out pics of Speedy Ortiz at SXSW.