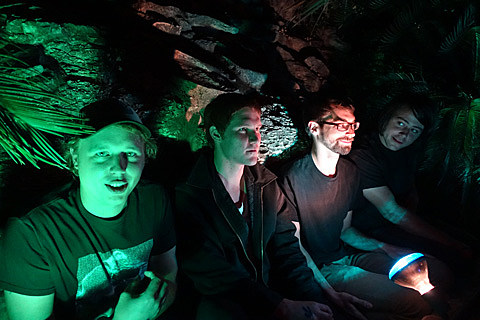 Austin's Ghetto Ghouls, who had songs on the We Jam By Condos compilation, will follow their self-titled debut with Collisions on August 4 via Monofonus. These skronky garage-punk treblemakers sneer their way through 12 art-damaged rippers in about 30 minutes and you can check out one of those, "Hezbollah," as well as a few other tracks, in this post.

Ghetto Ghouls will be touring next month, with two shows in NYC: August 15 at Shea Stadium with Chat Logs, Iyez, and Nine of Swords, and then August 16 at Silent Barn with Beech Creeps, Squad Car, and Flying Squirrels. All dates are listed below.