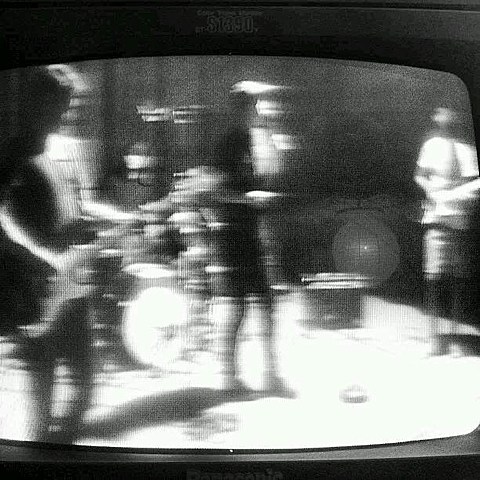 Austin garage rockers Ghetto Ghouls are releasing their self-titled LP on April 8 via Monofonus Press, and after sharing one of its tracks, "Peepshow," they're back with another, "Living Alone," which makes its premiere in this post. It's a lo-fi, distortion-covered downer punk dirge that has the singer yelling not much more than "I'M LIVINGGG ALONEEE" repeatedly and increasingly less restrained for the song's minute and a half duration. Check it out below.

Like many other Austin bands, Ghetto Ghouls will play a number of hometown shows next week for the insanity that is SXSW, including the Ping Pong day party at Hotel Vegas (3/12) with Natural Child, Shocked Minds, Dirty Fences and more; the Monofonus Press day party at Beerland (3/12) with Destruction Unit, Guerilla Toss, Lushes and others; the Thread Pull Records day party at Trailer Space (3/13) with Crooked Bangs, Lie and others; the official Monofonus showcase at The Hideout (3/15) with Protomartyr, Love Inks and more; and the annual Panache Hangover Party on Sunday (3/16) with Tweens, September Girls, The Blind Shake, Calvin Love, A Giant Dog, Yvette and many more.

Their SXSW schedule in list format, and the new song, below...