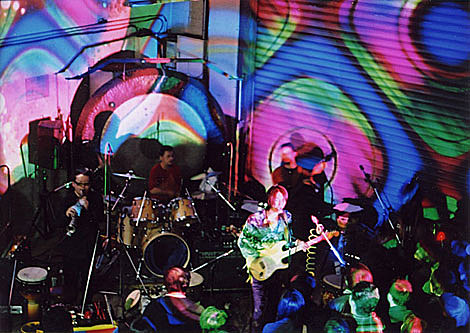 Before Michio Kurihara was involved in a little band named Boris, he played in another long lasting Japanese band named Ghost. Ghost have scheduled a North American tour in April and May. That includes a show at the Music Hall of Williamsburg in Brooklyn on May 9th. Tickets go on AM EX pre-sale beginning Wednesday, today, at noon and go on general sale on Friday.

Also on May 9th, just across town, another great Japanese rock band will play as part of the Wordless Music Series... MONO have added a second night to their Hymn To The Immortal Wind engagement with a live orchestra. You can also catch them on May 8th.

Amon Düül are scheduled to play as part of Roadburn 2009, along with Saint Vitus. All Ghost dates below...