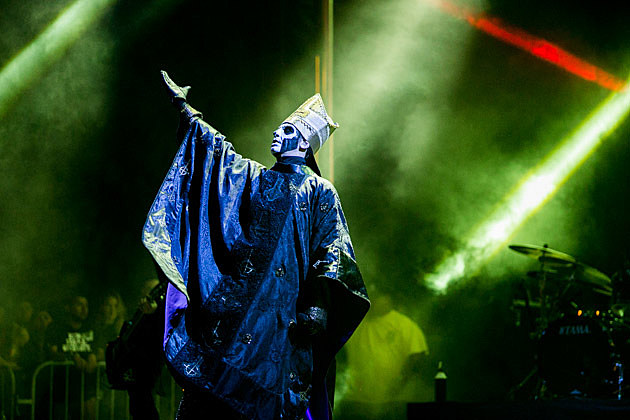 Costumed Swedish purveyors of classic metal Ghost have announced a tour for 2016. It includes the just-announced Shaky Knees Festival, a couple NYC-area shows, and much more. No word yet on support.

As for those two NYC-area dates, the tour first kicks off in Montclair, NJ at The Wellmont Theater on April 13, and then hits Long Island at The Paramount on April 15. Tickets for both shows go on sale Friday (1/15) at 10 AM, with a venue presale starting Wednesday (1/13) at 10 AM for the Paramount show (password: "PULSE"). All dates are listed below.

Ghost had a pretty big 2015. They released Meliora, which garnered strong reviews and placements on some year-end-lists, they are nominated for a Grammy for "Best Metal Performance," and they toured a whole bunch amid speculation that Dave Grohl might be their drummer (he probably isn't).

Grohl or no Grohl, check out their video for "Cirice," along with tour dates, below...